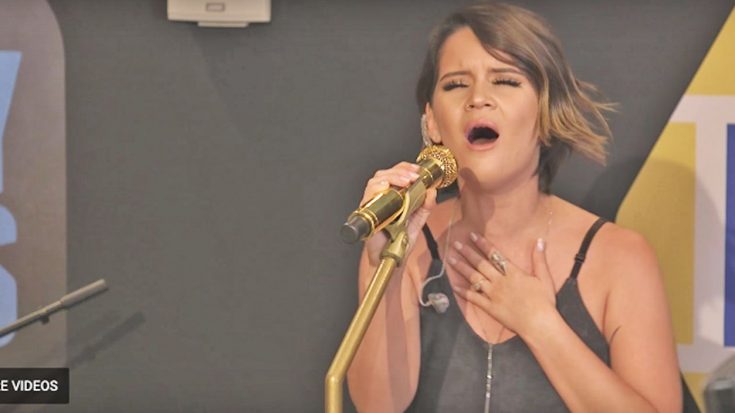 The fourth annual “Joy Week” on The Bobby Bones Show in 2017 brought a series of uplifting and positive performances by some of the biggest names in the business. Kicking off the weeklong series, Maren Morris delivered an awe-inspiring rendition of John Prine‘s “Angel From Montgomery” during her hour-long set.

The 29-year-old country singer put a soulful twist on the 70s country ballad, putting her all into her acoustic performance. Additionally, Morris’ set also included a cover of Beyoncé’s “All Night Long” in addition to her own hits “My Church,” “80s Mercedes” and “I Could Use A Love Song.”

“Angel From Montgomery” appeared on Prine’s self-titled debut album, going on to earn him additional notoriety as a songwriter after being included on Bonnie Raitt‘s Streetlights three years later.

You can see Morris’ rendition of “Angel From Montgomery” below.