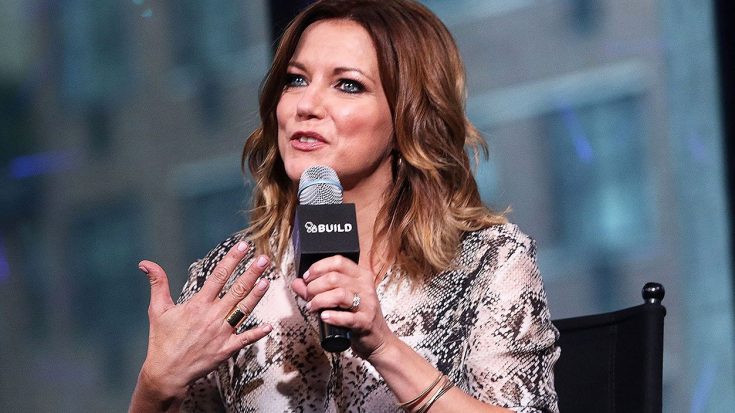 Country music star Martina McBride and her husband, John, played an admirable role when they went above and beyond to help one of their students regain mobility after a terrible accident. The couple operates a music school, Blackbird Academy, located in Nashville, providing scholastic opportunities for those interested in exploring various aspects of engineering and production.

24-year-old David Francisco was a student at the establishment, prompting a tragic accident involving the man to rattle the school and the McBrides. While riding his bike only a mile from the school grounds, Francisco was hit by a car, breaking the man’s back, severely damaging his spinal cord, and injuring his forearm.

The singer’s husband became aware of the accident and stayed beside his student’s side until Francisco’s parents arrived. Speaking to The Tennessean, John recalled, “He’s laying there in misery. He was in and out of it. A huge gash on his left arm, and they sewed up while I was standing there. Oh God … Man, it was so emotional. You relate as a parent.”

The McBrides assured the family they would stay involved during the healing process, refunding the family’s deposit and becoming avidly involved in raising money to provide the student with the proper care he needed. When sufficient funds were acquired, Francisco was sent to the Shepherd Center in Atlanta for rehabilitation.

“For a long time, I’d be sitting in bed, telling my legs, ‘Move!’ It was freaky. It was scary,” Francisco explained. Despite his doctor’s initial diagnosis of permanent paralysis, the student began to make slow, but steady, progress. After 8 months of therapy, Francisco jetted back to Nashville with the regained ability to stand and walk with assistance from crutches.

When he re-enrolled into his previous programs at Blackbird Academy, the McBrides kindly waived his tuition, as the student is now projected to graduate in the next six months. The sky is the limit for Francisco, thanks to his determination and the good will of others.