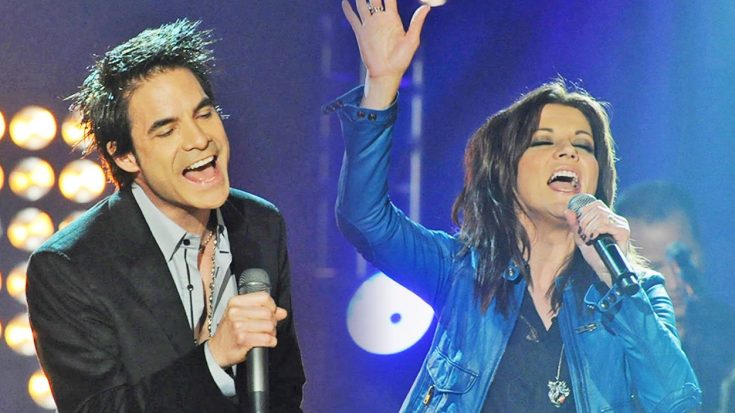 Fans attending the Train concert in Nashville back in 2011 were in for a real treat! They already knew they were going to watch an incredible show by their favorite band, but they had no clue Martina McBride was going to surprise them with an impromptu performance.

“A Broken Wing” was released as the second single off McBride’s 1997 album Evolution. It quickly climbed to the top of the charts and became one of her most well-known songs.

If some of you are thinking that this collaboration is a little out of left field, think again. Just less than a year before this surprise performance, McBride and Train filmed an epic episode of CMT Crossroads together.

Monahan and McBride’s voices compliment each other so well, and we’re not surprised that this wasn’t the end of their friendship. They have performed together at the Andre Agassi Grand Slam for Children, the ACM Awards, and most recently, tributes to Gregg Allman and Carole King.

Watch the awesome duet below.