Marty Robbins Charms With Outstanding Medley Of His Biggest Hits 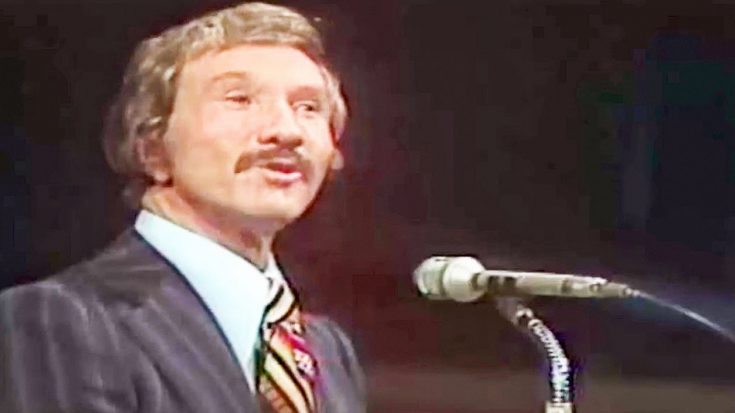 A great talent was lost when country singer Marty Robbins passed away on December 8, 1982. He was only 57 years old.

During his short time on this Earth, Robbins managed to establish himself as one of the leading artists in country music. Highly respected as a performer and songwriter, Robbins scored numerous hits over the course of his career, including the iconic “El Paso.”

While “El Paso” is arguably Robbins’ most recognizable song, he has served as the voice behind many more major hits in country music history. Just a few of those songs include “My Woman, My Woman, My Wife,” “A White Sport Coat,” and “I’ll Go On Alone.”

Robbins sang some of those songs and a few others during a jam-packed medley performance on Pop Goes the Country in 1978. The songs he sang that day included “El Paso,” “My Woman, My Woman, My Wife,” “Devil Woman,” “Candy Kisses,” and “Jenny.”

The medley gave Robbins the chance to show the depth of his talent as an entertainer. He played both the piano and the guitar at different points in the medley, switching off between the two at the drop of a hat.

One element that made this medley performance special is the fact that Robbins took requests from the crowd. All songs were on board, so whatever they asked for, he played. The second he got a request, Robbins would flawlessly move into singing with no hesitation at all.

The medley may only be about six minutes long, but it’s long enough to prove why Robbins was such an admired artist in country music. His talent was truly something from out of this world.

Tune in below to witness Robbins’ outstanding showcase of talent in his medley of some of his biggest hits. Watching this makes us realize how lucky country music was to have him.