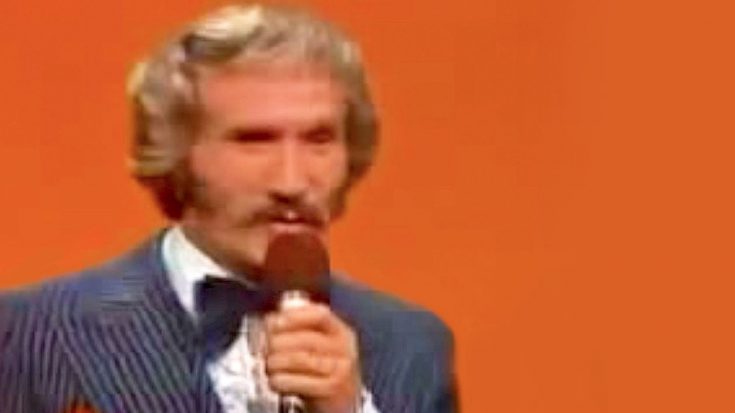 The Appeal Of A “White Sport Coat”

As a singer, songwriter, and skilled performer, country artist Marty Robbins was the complete package. He wrote and recorded countless number one songs, including the famous hits “El Paso” and “Devil Woman.”

One of Robbins’ other big hits was a little tune with a long title.

Called “A White Sport Coat (and a Pink Carnation),” the song was released as a single in 1957 off of his Greatest Hits album.

Robbins wrote the lyrics and the music to the song, which has an interesting story behind it.

During an interview with Pop Chronicles in 1969, he recalled the moment that inspired him to write “A White Sport Coat.” As he was driving to a show in Ohio, he happened to pass a high school that was getting ready to host its prom.

The sight of the students dressed up in their sports coats and nice dresses gave Robbins the idea for a song, which turned into “A White Sport Coat”

An Outstanding Performance You Just Need To See

Robbins was probably grateful that he drove past that prom, because “A White Sport Coat” became his third number one hit on the country chart. It was also one of his biggest hits in the pop circuit, and peaked at the second spot on the Billboard pop chart.

Since “A White Sport Coat” was such a big hit, Robbins kept performing it during various appearances throughout his career. We have one of those performances to share with you here, and let us tell you, it’s a good one!

This performance proves just how skilled Robbins was as an entertainer. He lit up the entire room with his smile, drawing everyone in with his charm.

We wish we could have been there in the audience to watch Robbins perform that day. Talk about a crowd-pleaser! But watching the video of his performance is definitely the next best thing. Besides, Robbins was such a talented entertainer that just watching him in the video makes us feel like we were in the room with him.

You don’t want to miss out on this astounding performance. So don’t waste a second more, click “play” below and enjoy watching Robbins sing “A White Sport Coat!” He was truly one in a million.