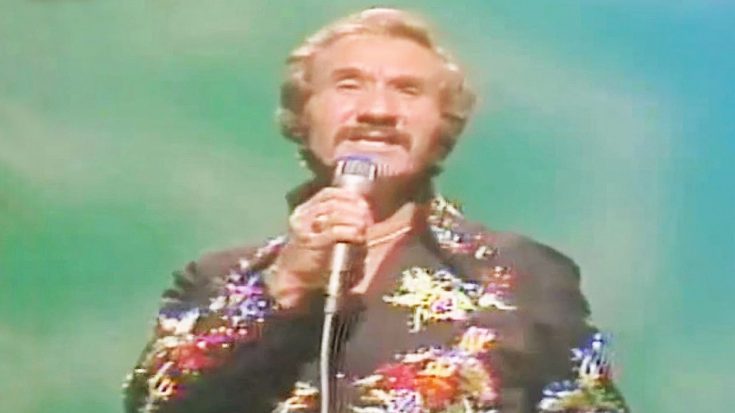 Marty Robbins‘ voice is one that country fans could recognize from anywhere. His voice is one of the most unique to ever grace the genre, which is perhaps why he experienced such incredible success during his career.

While Robbins had a wide range of hits, he was best known for his songs that contained a bit of Spanish influence. His iconic hit, “El Paso,” is certainly one of those songs, and it led to the creation of a prequel and a sequel that followed its story and theme.

In addition to the “El Paso” trilogy, Robbins recorded another noteworthy song with a bit of Spanish flair. That song was “Buenos Dias Argentina,” which was included as a track on his 1979 album All Around Cowboy.

“Buenos Dias Argentina” was never released as a single, but it still got plenty of exposure. That’s because All Around Cowboy reached the 45th spot on the country albums chart, making it Robbins’ best-performing album of the year. His previous release, The Performer, only reached the 47th spot on the chart.

Unlike the title suggests, “Buenos Dias Argentina” isn’t about Argentina so much as it is about a beautiful woman. Robbins expresses his admiration for her through the song, singing that he “can’t help wavin’ [his] sombrero for the joy that’s in [his] heart.”

As you would expect, it was an enchanting experience to listen to Robbins perform the song live. He once sang it during an appearance on Pop Goes the Country, and we’ve included that performance for you below.

Robbins was a master storyteller, and it shows through his performance of “Buenos Dias Argentina.” After listening to him sing, you’ll feel as though you’ve been transported to Argentina yourself.

Tune in below to catch Robbins’ delightful performance of “Buenos Dias Argentina.” He was one remarkable entertainer, that’s for sure!