By Jennifer Pernicano on September 29, 2016
Advertisement 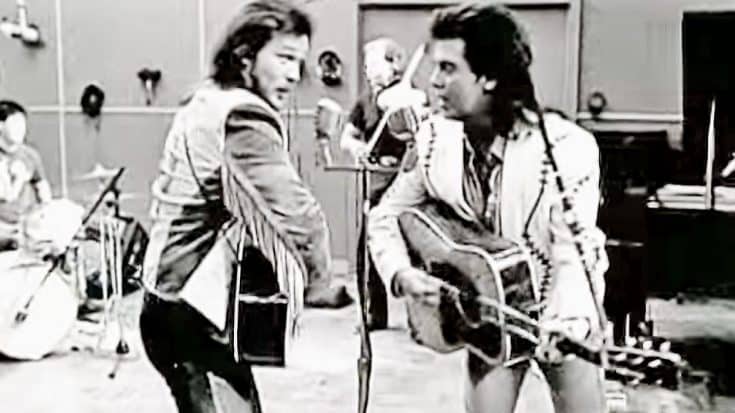 “Real country,” “real music,” and “real artists” are just a few ways to describe the classic that is “This One’s Gonna Hurt You (For A Long, Long Time).” Country singers Marty Stuart and Travis Tritt got together for the collaboration and showed the nation what it really means to be country.

Known for his traditional style and rockabilly country tunes, Stuart wrote “This One’s Gonna Hurt” in 1992 and invited Tritt to record the song with him as a duet. The song was well received and peaked at number seven on Billboard’s Hot Country Songs and at No.6 on the Canadian Country Tracks chart.

The video was directed by award winning director John Lloyd Miller, who has also worked alongside legends Reba McEntire and George Strait in the past. The video was shot in black and white and featured Tritt and Stuart singing the song in a recording studio. The purity of the video radiates simplicity in a manner similar to country artists of the past.

Watch the video for “This One’s Gonna Hurt You” in the video below and let us know what you think in the comments!