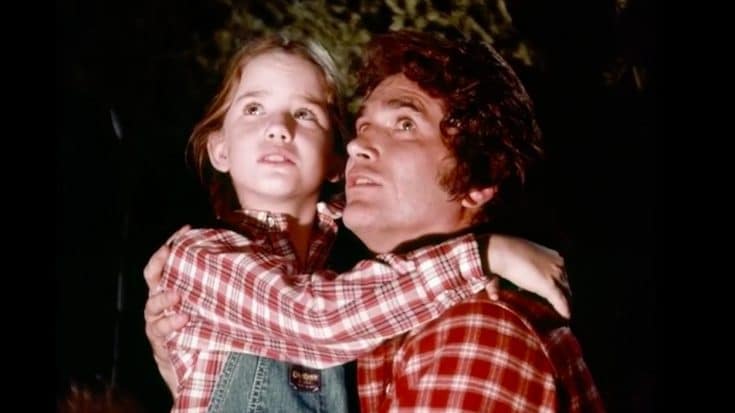 In 1974, America was introduced to Melissa Gilbert, the adorable freckle-faced child actress who captured our hearts as Laura Ingalls Wilder in the hit television series Little House On The Prairie. Gilbert had been appearing on television since she was 2-years old, but it wasn’t until Little House that she became a household name after beating out more than 500 other hopefuls for the part of Laura.

The show, based on the best-selling book series written by Laura Ingalls Wilder, gained a cult-like following due in part to Melissa Gilbert’s spot-on portrayal of young Laura and her chemistry with iconic actor Michael Landon who played her father.

A recently released video clip shows one of Gilbert’s first interactions with Michael Landon as she auditioned for the role of Laura. The exclusive screen test is a testament to the immense talent of then 9-year old Melissa and the immediate bond she shared with Michael Landon.

In the video, Gilbert and Landon are seen sitting next to a campfire as they share a heart-to-heart conversation about the family’s beloved dog, Jack. The ease at which the two talented actors converse is mesmerizing and we can’t help but agree with production’s decision to cast the young Gilbert. Little House On The Prairie just wouldn’t have been the same without her.