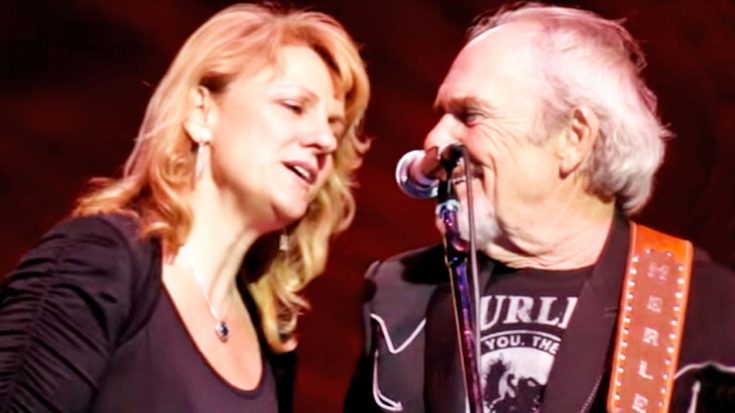 While the wife of the legendary singer may never have recorded an album of her own, she more than carried her weight of the performance, delivering a stunning rendition of Carter’s portion of the duet. Clearly awe-struck by his wife’s immense talent, Merle is all smiles throughout the duet, sweetly watching Theresa as she sings.

Merle and Theresa got married back in September of 1993, remaining together until his passing in 2016. Shortly after becoming married, Theresa gave birth to Ben and Janessa, making Merle a father to six talented children.

“Jackson” was released by Johnny and June in 1967, going on to win a Grammy-Award for “Best Country & Wester Performance Duet, Trio or Group.”

You can see Merle and Theresa’s cover below.