Merle Haggard’s ‘If We Make It Through December’ Gets A Bluegrass Twist, And It’s Outstanding

By Miranda Raye on December 12, 2016
Advertisement 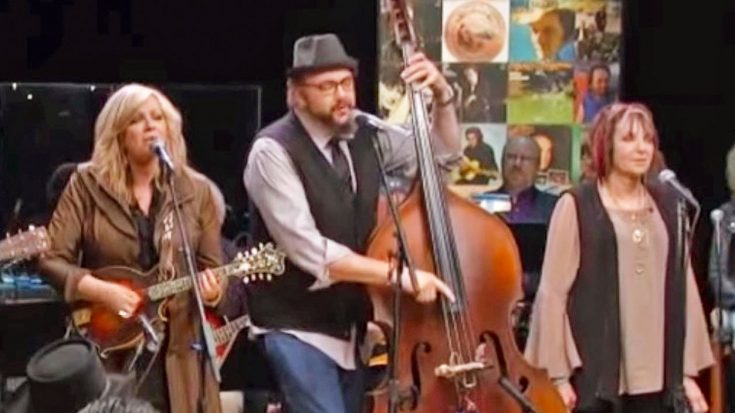 There’s a reason why Merle Haggard was often referred to as “the poet of the common man.” He wrote real songs about real people and experiences, none more so than his 1973 release “If We Make It Through December.”

Although originally packaged as a Christmas song, “If We Make It Through December” found year-round success due to its other themes. It focuses on issues such as unemployment, as the narrator sings about how he got laid off from his factory job. This devastates him, since he wanted to give his little girl a nice Christmas:

“Got laid off down at the factory,
And there time is not the greatest in the world.
Heaven knows I been workin’ hard,
I wanted Christmas to be right for daddy’s girl.”

Audiences had no trouble connecting to Haggard’s words in “If We Make It Through December.” It remained one of his signature pieces throughout the remainder of his career.

To honor Haggard after his death, popular bluegrass group The Isaacs performed a particularly touching cover of it on Country’s Family Reunion. The show hosted a special tribute in Haggard’s honor, where his three sons and other musical acts were invited to come celebrate his life and legacy.

The Isaacs are one of the most successful bluegrass groups out there right now. This family group has been putting out music since 1994, but didn’t score their first number one album until 2009. Since then, the Isaacs have dominated the Bluegrass and Christian album charts.

Once you hear their version of “If We Make It Through December” you’ll be able to fully understand the depth of their talent.

The instrumentals were simply lovely, with the sounds of steel guitar, mandolin, and cello filling up the room. These instrumental parts accompanied some stunning harmonies, which ran throughout each cycle of the chorus.

We really love the bluegrass twist that the Isaacs added to “If We Make It Through December” and we’re sure you will as well. You can watch their performance in the video below.

May Haggard rest in peace. There will never be another like him.