Merle Haggard’s Son, Ben, Performs Cover Of ‘Help Me Make It Through The Night’

By Jennifer Pernicano on October 13, 2015
Advertisement 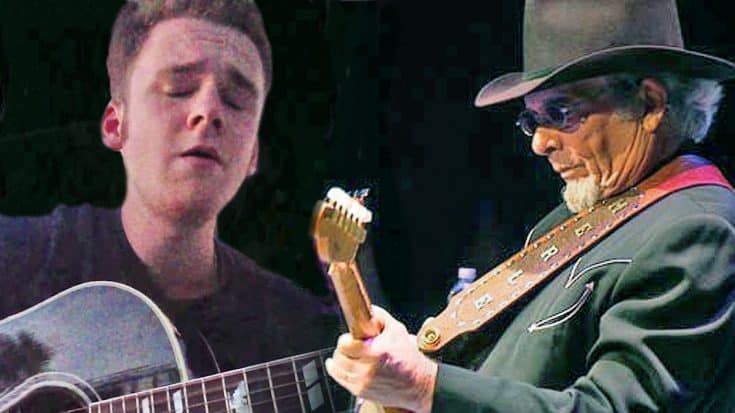 Ben Haggard has been following in his famous father’s footsteps for years. He played guitar alongside his legendary father for a long time, but it has become more and more obvious with every video he posts to social media just how talented the youngest Haggard son is. He’s got a voice that is just begging to be heard.

Back in 2013, Ben posted a video to YouTube – a sultry cover of Kris Kristofferson’s “Help Me Make It Through The Night.” Ben’s deep voice and classic country sound make you keep coming back for more.

“Help Me Make It Through The Night” was written and recorded by Kris in 1970 for his album Kristofferson. It has been covered by many famous singers including Elvis Presley, Gladys Knight, Sammi Smith, and Jerry Lee Lewis.

Smith’s version was released in 1970 and is the best commercially-performing version of the song. Her version also won her a Grammy for Best Country Music Female performance.

Ben’s version is up-close and personal, and we love that he’s staying true to himself and the classics. We can only hope that soon he’ll be releasing his own album because he’s definitely got the skills for it.

Take a look at the amazing cover below!