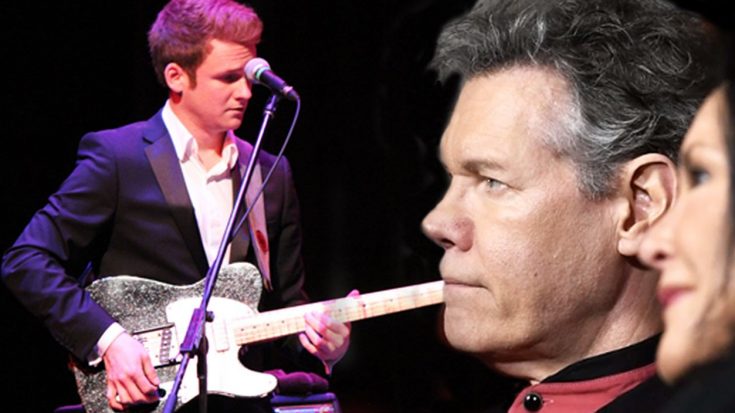 Perhaps one of the most emotional nights in country music history, A Heroes & Friends Tribute to Randy Travis successfully brought together both the immediate and extended country music family that helped shape the genre into the success it is today. With performers such a Garth Brooks, Josh Turner, and even Travis himself, it was destined to be deemed one of the most unforgettable nights music has ever produced.

While the event was intended to honor the country icon and his admirable progress since his 2013 stroke, it was also a wondrous night to pay tribute to the former legends that no longer grace us with their unforgettable music. However, for recently passed icon Merle Haggard, his legacy was properly fulfilled by a profound performance from his son, Ben.

Singing his father’s emotional hit “Are The Good Times Really Over”, said to have been personally requested by Travis himself, Ben moved his audience to the brink of heartbreak as his voice emulated his father’s to an unbelievable extent.

Hearts ached for the passed star as his son powerfully sang, “And are we rolling downhill like a snowball headed for hell/ With no kinda chance for the flag or the liberty bell?/ Wish a Ford and a Chevy/ Would still last ten years like they should.”

Needless to say, this event was brimming with tears and emotion. Listen to Ben’s remarkable performance below.