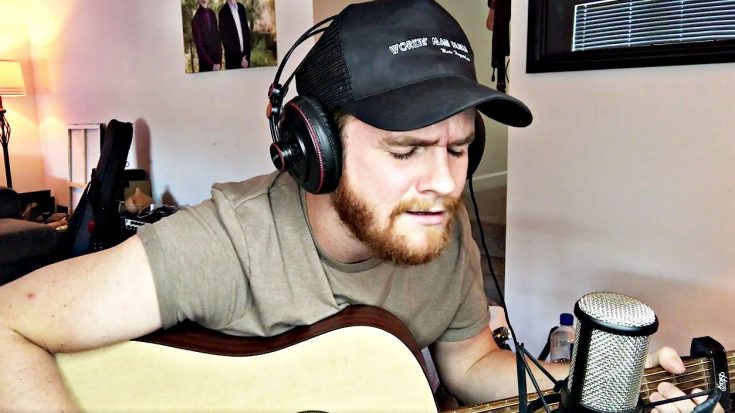 One of the oldest and most poignant ballads in the history of country music, this iconic story of a man who refused to give up a secret and instead be put to death for a crime he didn’t commit got a fresh breath of life in this chilling performance.

Ben Haggard is Outlaw Country royalty and is a true vision of his father’s legacy, singing many old country songs and classic hits in a way similar to that of his father. While he has his own incredible styling and talent, you can tell that he was inspired and taught by his endlessly-talented father, too.

Sitting down in front of his microphone and camera with just a guitar, the young Haggard unleashes a mournful and somber rendition of “Long Black Veil” that will definitely have memories flooding back!

“Long Black Veil” was first recorded and released by country icon Lefty Frizzell in 1959. In the time since its release, the track has become a staple of country music and has been covered and released by multiple musical icons such as Johnny Cash, David Allan Coe, Dave Matthews Band, and more.

Listen to Ben Haggard’s stunning rendition of this beloved country classic in the video below and let us know what you think in the comments!