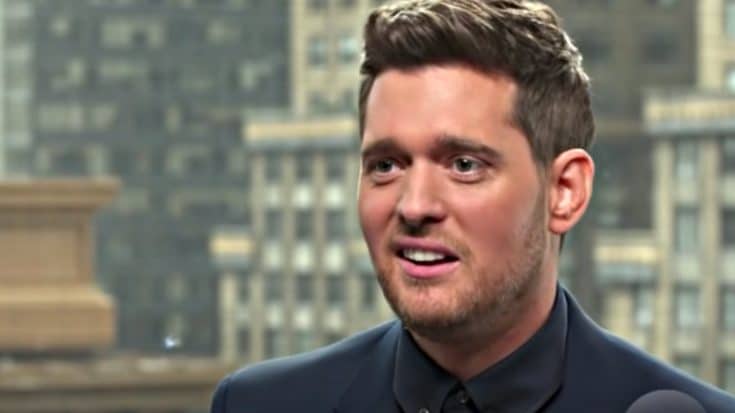 Music sensation Michael Bublé revealed a shocking talent mid-interview that had fans blown away and craving more of the man of many skills.

A Day With Dan Rather

Sitting down with Dan Rather on AXZ TV, Bublé’s talent for mimicking other performers briefly surfaced and became its very own section of the in-depth interview.

Bublé explained that his love for music had led him to study the greats, including Frank Sinatra, Dean Martin, Elvis Presley, and Johnny Cash. “I started to be able to take things and aspects of them that I loved,” the singer admitted, prompting him to give Rather and viewers a taste of his uncanny capability.

“Sinatra would sing hard on his vowels,” Bublé explained before breaking into an incredibly similar performance to that of the iconic performer. Just when viewers assumed that best has been revealed, the singer whipped out his unbelievable Elvis Presley impression that momentarily brought “The King” back to life!

An outpour of comments flooded the video, praising Bublé for his jaw-dropping skills that he no doubt incorporates into his current musical masterpieces. You can experience the one-of-a-kind video below!