Mike Fisher Breaks Down Describing How He Found God 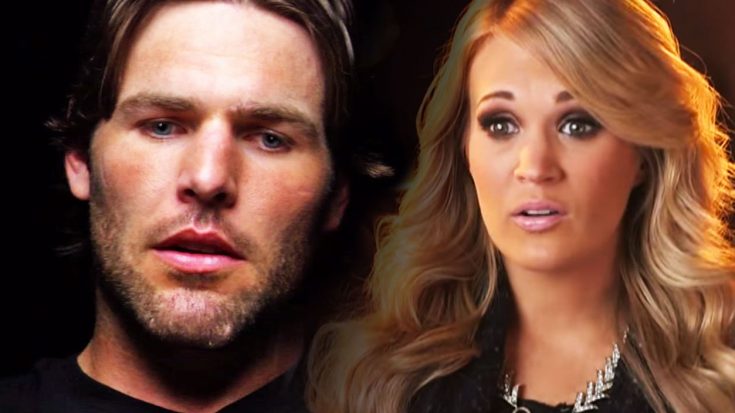 Carrie Underwood‘s famous husband couldn’t hold back his emotions as he told the story about how he found his way back to God.

Having been married since 2010, Underwood and husband, Mike Fisher, have widely been recognized as one of the most famous Christian couples. While their stories about finding God may vary, through their shared Christian life, they choose to honor Him every day.

In this riveting and emotional interview with the I Am Second movement, Fisher explains how he very first found God at just six years old, but as he grew older conflicts between his early hockey career and desires led him to stray from that.

He goes on to reveal how he tried so hard to fit in and found himself simply focusing on what he wasn’t supposed to do rather than focusing on what says was more important: his relationship with God.

“At 19, I make it to the NHL and [am] making a great salary,” he continued. “I made it. I made my childhood dream and everything was great on the exterior…on the interior – not good at all.”

Throughout his trials and struggle with his faith and career, Fisher admitted his biggest struggles and eventually found his way back to God when he found himself staring down at a scripture that really hit home.

His story is an incredible tale of faith and the strength of human conviction to find their own truth.

Watch this heart-wrenching video interview from 2014 below.