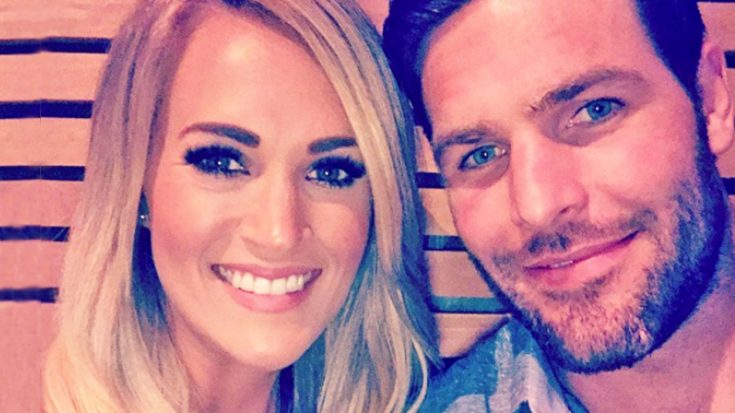 Former Nashville Predators captain and husband to Carrie Underwood, Mike Fisher, has been thrilling fans of the Nashville sweethearts with updates on his post-retirement life, adorably poking fun at his country singer wife in a recent photo of Underwood and 2-year-old Isaiah.

Fisher shared a photo to his Instagram account of his two favorite people packed into a tiny SUV, Isaiah taking over control of the steering wheel. The adorable photo shows Underwood directing Isaiah on how to drive the toy car, Fisher hysterically commenting on how this isn’t the first time she’s tried to take control of a vehicle from the passenger’s seat.

“Yeah this is happening!! She tells me where to go too buddy,” wrote Fisher via Instagram.

Absolutely adorable! After recently announcing his time in the NHL has come to an end, fans of Fisher have been wondering what his life would be like after hockey, and from the looks of it, it’ll be a lot of time well spent with his family.

Fisher and Underwood got married back in 2010, welcoming home their son Isaiah years later in 2015.

You can check out the photo below!

Yeah this is happening!! She tells me where to go too buddy?