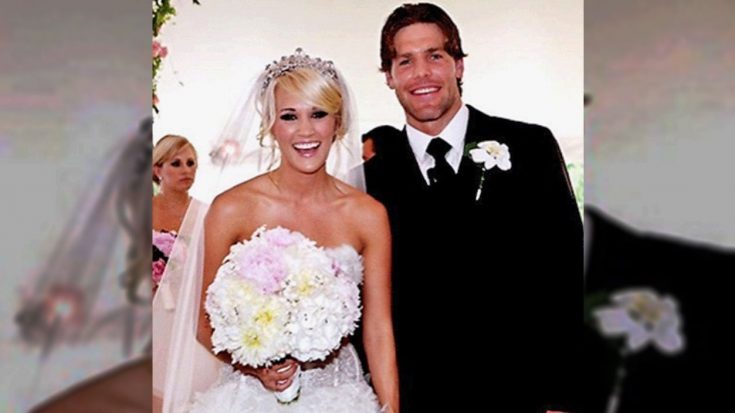 We are finally getting an inside look at the beginning of one of country music’s favorite relationships!

Carrie Underwood and NHL star Mike Fisher began dating in late 2008 when they met at one of her concerts. Although she lived in Nashville, and his home base was Ottawa, Canada because he was playing for the Ottawa Senators, they made their long-distance relationship work and were wed on July 10, 2010.

In February 2011, Fisher was traded to the Nashville Predators and was finally able to live in the same city, and country, as his wife. They welcomed a son, Isaiah Michael Fisher, on February 27, 2015.

Now that Fisher has retired from professional hockey, he has a lot more time on his hands. That may be one of the reasons he made the following video!

The video consisted of him using a funny filter on his face and voice, with Underwood asking him, “What’s up?”

Flashback to the first time I met my wife. Worked like a charm