By Miranda Raye on January 30, 2017
Advertisement 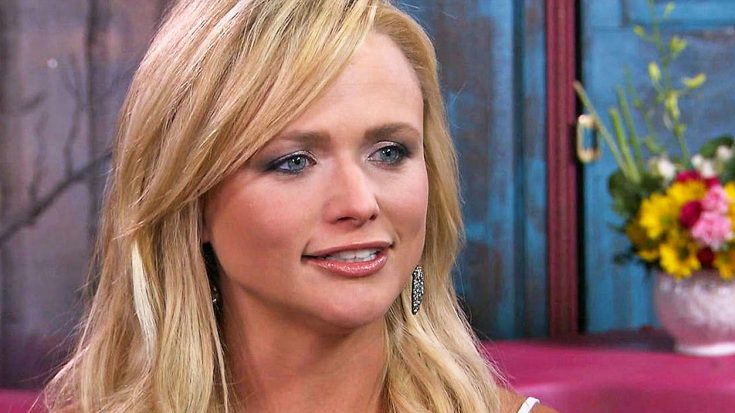 Miranda Lambert told fans before that she’s done all the talking she needs to do in her new songs. Following her divorce from Blake Shelton, Lambert refrained from saying much to the press, choosing instead to channel her feelings into music.

The result was her new double album, The Weight of These Wings. Prior to the album’s release, Lambert spoke about how it captured all of her feelings about the heartache she experienced:

“All the parts of me, the parts of the pain I went through, everything that happens to a person in their life — especially in the last couple years for me — is on this record.”

The material on The Weight of These Wings ranges from the fun-loving “We Should Be Friends,” to the heartbreaking “Tin Man.” One of the tracks, called “Ugly Lights,” is one of the more upbeat tunes on the album. But if you listen to it close enough, you can find darkness in its lyrics.

The narrator of the song sings about her intense drinking habits, and how she hangs out at the bar until the “ugly lights come on.” Well-aware that her life is a mess, the narrator also knows that she’ll aways keep coming back to her vices:

“But I’m still going to stay too late,
And be the girl bartenders hate,
The one that doesn’t need another one.”

On January 24, Lambert hosted a rehearsal concert for her Highway Vagabond Tour at Joe’s Bar in Chicago. Prior to her performance of “Ugly Lights,” Lambert admitted that there was some real-life inspiration behind the song.

“I got divorced so I started drinking a little extra,” she said. “I found myself in Midtown in Nashville three nights in a row at like last call and with the lights coming on, and I’d be sitting there. So I wrote a song about it.“

That’s all Lambert had to say, and then she moved into singing “Ugly Lights.” You can listen to the track in the clip below. Do y’all think she should make it a single?

Lambert never shies away from sharing the truth in her songs, which is what makes them so powerful.