By Manly Bryant on August 1, 2016
Advertisement 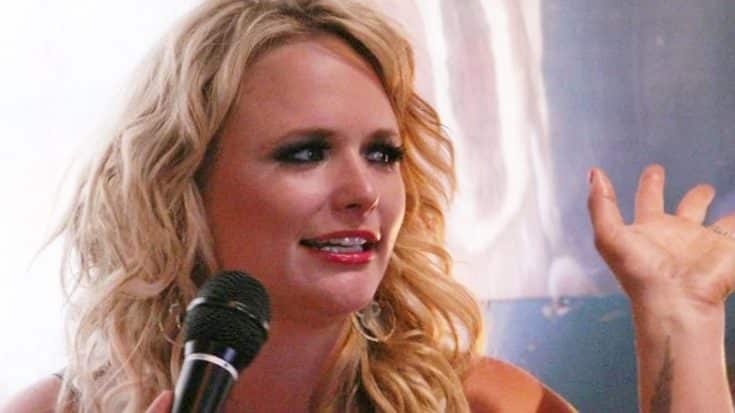 “Another vice, another call, another bed I shouldn’t crawl out of at 7 a.m.” she sings in her latest single, “Vice”. She confesses that the explicit lyrics were crafted during a time in her life when she “felt exactly like this.”

In a new interview with The Tennessean, Miranda Lambert opens up about how her first single since her high-profile divorce from Blake Shelton last year. Their divorce shook the world of country music and it has long been speculated that their music following the split would share details about what happened.

“Vice”, which was written with longtime friends and Nashville songwriters Shane McAnally and Josh Osborne, was composed right about the same time Shelton and Lambert were finalizing their divorce and, as she recalls, they wrote it “in exactly the moment that I felt exactly like this.”

“Everybody has a vice they run to when they need comfort, and I think that’s what this song says. There’s no mystery here. I run to things for comfort just like everybody else.“

Lambert also tells the publication that many people have been wondering what she’s been doing in the year since her divorce. Her answer is simple: writing and recording.

It’s been speculated that the vices she sings about are all her own, but Lambert says that depending on the day, a “couple of” those are her own, and she thinks that’s normal.

Watch the video below of Miranda’s “Vice” paired with its lyrics and let us know what you think in the comments.