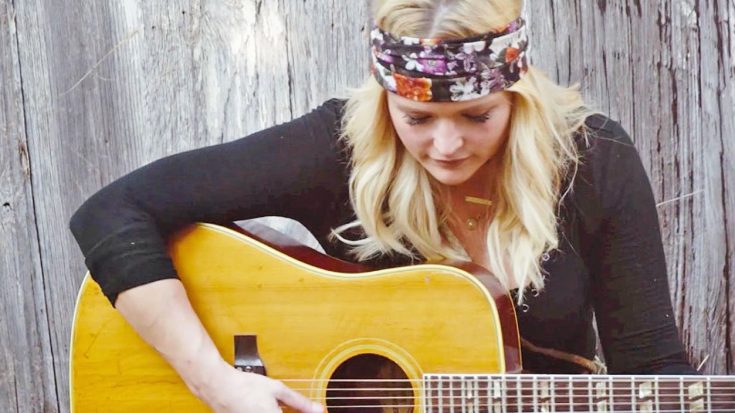 Miranda Lambert‘s latest release, titled The Weight of These Wings, has been praised by fans and critics alike. It debuted at the number one spot on the Billboard country albums chart and secured the third position on the overall albums chart. Clearly, the words she had to share in the album’s 24 songs have resonated with a large audience.

Following her divorce from Blake Shelton, Lambert has kept her feelings pretty much to herself. She briefly opened up about the split during an interview with Cosmopolitan, saying “Marriage is a tough business, and we gave it our best college try. I had a great relationship with an amazing man.”

Other than that, Lambert has decided to let her music speak for her. Anyone who listens to the songs on The Weight of These Wings can tell that many of them reflect Lambert’s broken heart. While there are heartbreak songs on the record, it is also filled with songs about travel, fun, friendship, and love.

But while The Weight of These Wings reflects Lambert’s own life, it also applies to those who listen to it. Since there’s such a variety of songs on the record, it’s easy for someone to see themselves and their own life in Lambert’s lyrics.

This is something that Lambert had hoped for when she was working on The Weight of These Wings. In a video Lambert shared on Facebook, she bared her soul by revealing that everything she had to say about her life is in her music for fans to interpret:

“I feel really strongly about the only talking I’ve needed to do, I’ve done. And it’s on tape. What all do you say and what all do you not say, it’s all there. All the parts of me, all the parts of the pain I went through, everything that happens to a person in their life, and especially in the last couple years for me, is on this record.”

But beyond sharing her life with her fans through music, Lambert hopes that they are able to connect to it themselves. Which, as the reviews and reactions to her songs have shown, it seems like the fans aren’t having any trouble doing that.

“I’m mostly hoping that they’ll read into this music and they’ll feel their own journey,” Lambert said. “There’s nothing else you want as a songwriter but to write something down and someone go, ‘Hey, that’s my story too.’“

You can watch Lambert’s full video about the meaning behind the songs on The Weight of These Wings by scrolling down below. If you have the album already, we’d love to her which songs are your favorites.

All of the parts of me. All the parts of the pain I went through…everything that happens to a person in their life is on this record. #TheWeightOfTheseWings
smarturl.it/mltwotw