Miranda Lambert Crashes Boyfriend’s Concert For The Sweetest Reason Ever 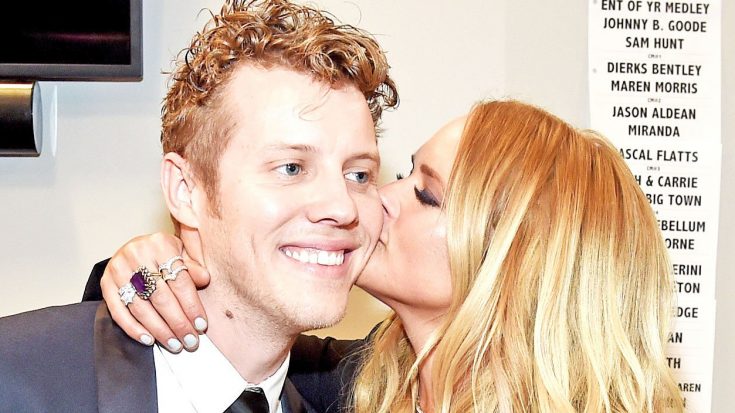 Rhythm and blues singer Anderson East got the chance to celebrate his birthday in a big way over the weekend. The Nashville-based artist has been on tour with Chris Stapleton as part of his All-American Road Show. He had a big show in Buffalo, New York on Sunday (July 16), which was the night before his 30th birthday.

East brought a special guest along with him to the concert…his girlfriend of over a year, Miranda Lambert. The two first made their relationship known in the beginning of January 2016, and have quickly become one of country fans’ favorite couples.

Whenever Lambert has a red carpet event to attend, East is almost always right there by her side. East also collaborates with Lambert musically, and co-wrote some of the tracks that appear on her latest album, The Weight of These Wings. He also joins her on stage at her own shows, and sometimes sings with her.

But it was Lambert’s turn to accompany East on stage when it came to his Sunday night show. In honor of East’s approaching birthday, Lambert decided to sing a sweet birthday serenade to him in front of the packed crowd.

East’s band joined in with Lambert, who sang a bluesy version of the traditional “Happy Birthday” song. A fan captured the moment on camera, and the video shows East looking on adoringly as his girlfriend sang to him.

Lambert held the microphone out to the audience at one point, inviting them all to join in on the song. They wrapped the thing up with a flourish, and Lambert rushed to East to give him a hug.

We’re sure that East appreciated that sweet gesture from Lambert! Not everyone gets the chance to have one of country music’s leading stars sing you a personal birthday song!

Tune in below to watch the cute video of Lambert’s serenade. We hope East has a happy birthday!