By Jennifer Pernicano on April 15, 2018
Advertisement 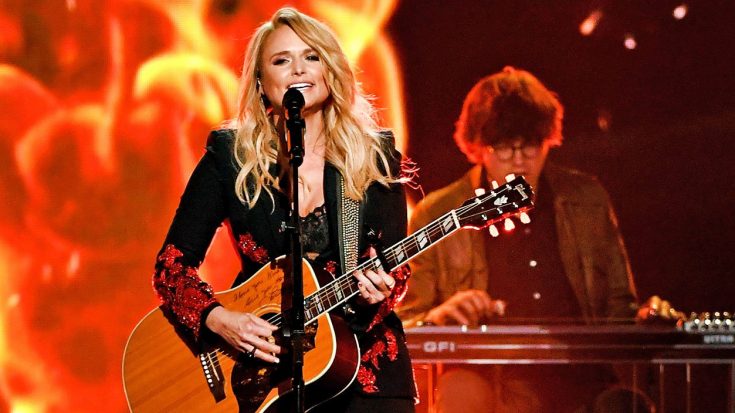 When it came time for Miranda Lambert to release a new single from her wildly successful album The Weight of These Wings, fans were ecstatic when she announced it would be “Keeper Of The Flame.”

It will likely be her last single from The Weight Of These Wings, seeing as she is currently writing for two new albums – her own and her band Pistol Annies.

“Keeper Of The Flame” includes the powerful lyrics, “I’m walking in their footsteps| I’m singing their old songs| Somebody blazed this trail I’m treadin’ on| I’m bent, but I’m not broken| I’m stronger than I feel| I’m made of flesh and bone| Not made of steel.”

“I have this responsibility from all these women who have come before me who have blazed this trail to make way for me to live this dream and write the songs I want to write and sing and just be an example in life,” Lambert told The Tennesean. “I hope this song translates that way, that I just get to hold the torch for a while and I can’t wait to pass it on to these new singer-songwriters. I just hope that I’m setting a good example.”

Lambert proved she is worth of holding the torch, seeing as she is the winningest ACM Award winner with 29 wins!

Watch her sing “Keeper Of The Flame” below.