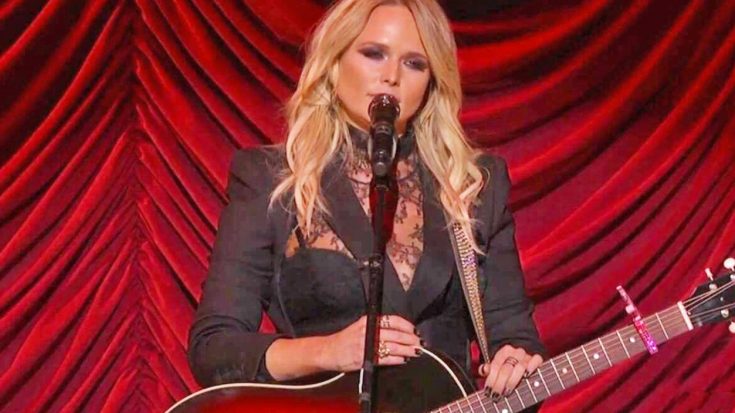 Miranda Lambert took the stage at the 2016 CMA Awards for a performance of her emotionally honest single “Vice.” Even standing in front of a room of thousands with a full band residing directly behind her, you could almost hear a pin drop as Lambert kicked off the a cappella introduction.

Lambert delivered a flawless live performance, committing fully to the song’s sorrowful tone. The country singer maintains both control and power while still portraying the intense somberness that the song requires.

“Vice” is Lambert’s first single off her forthcoming sixth album as well as her first recorded song following her high-profile divorce from fellow country music artist Blake Shelton. The song was met with instant praise and peaked at No.2 on Billboard’s Hot Country Singles chart.

Watch her intoxicating performance below and be sure to let us know what you think in the comments!

Another vice Miranda Lambert on the #CMAawards50 with her current single. Watch LIVE on ABC.