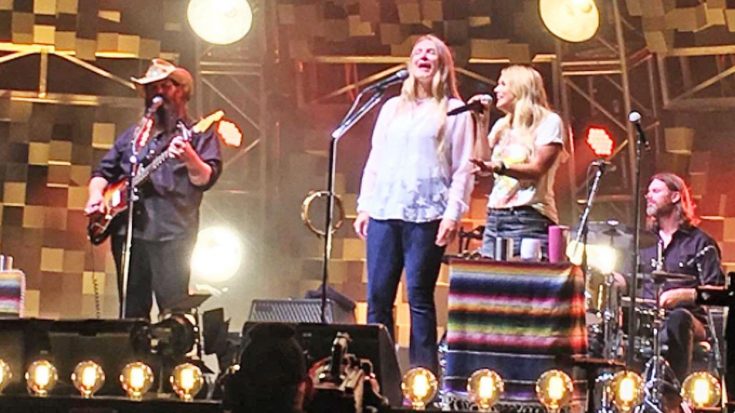 A dream performance shared by many country music fans became a reality when Miranda Lambert joined Chris Stapleton and his wife Morgane on stage for a spine-tingling performance of “Fire Away.”

Taking place at Stapleton’s show in Buffalo, New York as part of his All-American Road Show Tour, Lambert was met by an eruption of applause when she appeared on stage. The country songstress traded off vocals with the Stapletons, the three of their powerful voices meshing together eloquently during the chilling chorus.

The “We Should Be Friends” singer initially hit the stage to surprise boyfriend Anderson East – who has been opening for Stapleton on his tour – in celebration of his 30th birthday. Lambert surprised fans when she joined forces with Stapleton and his wife to serenade East with slowed-down rendition of “Happy Birthday.”

Stapleton’s tour is back in full swing after the singer was forced to postpone multiple stops after suffering from an injury to his hand. In addition to East, openers include country music duo the Brothers Osborne as well as Margo Price.

You can watch their performance of “Fire Away” below.