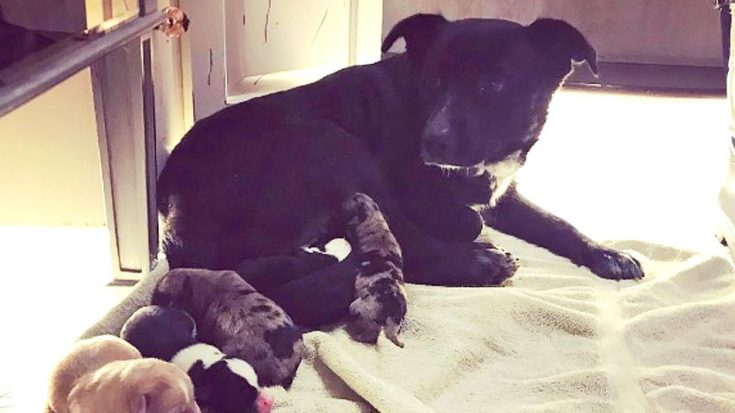 Born in Texas, Miranda Lambert feels a strong sense of loyalty to her home state. She also has a strong love for animals, a love that led to the creation of her rescue organization MuttNation Foundation.

When Hurricane Harvey struck Southeastern Texas, pets were lost, abandoned, or stranded in shelters. With the flood waters continuing to conquer cities such as Houston, thousands of pets have been in need of rescuing.

Our team is headed South! It was important to our AMAZING founder, @mirandalambert that we do our part for her home state! We are headed to Houston to give relief to municipal shelters. We will help transport any animals currently in shelters so that there is room for displaced animals from Hurricane Harvey! Plus any other support we can offer!!! You can help our efforts by donating! Link in bio! Friends, please #prayfortexas! #muttnationfoundation #ontheroadagain

The group conducted its first set of rescues on Tuesday (August 29), helping a total of 72 dogs. Lambert personally took in a mama dog and her litter of puppies, which were born the day prior.

“My roommates tonight sure are cute!” Lambert wrote on Instagram along with a photo of the mama dog and her puppies. Lambert revealed that she named the mama dog “Ashley” after her best friend and Pistol Annies bandmate Ashley Monroe, who gave birth to a baby boy on July 28.

My roommates tonight sure are cute! Mama and newborns that were born this morning. Im calling her Ashley after @ashleymonroemusic who just had a baby herself. @muttnationfoundation rescued 72 dogs today who are being transported to dry safe shelters across the country. Thanks for yalls support. Stay tuned tomorrow and continue to pray. #muttnationfoundation #hurricaneharvey #texasstrong #elvirathebus #tourbusrescue

Lambert and the MuttNation team got back to work early on Wednesday (August 30). After a successful first day of rescues, everyone remains focused on helping “as many animals as possible.”

‪MuttNation Fans, we wanted to give you another #HurricaneHarvey update!! You all are so amazing and so many of you are asking how you can help. First, we want to THANK YOU for the amazing amount of support we have received so far!! <<<WOW>>> We are so grateful. Here are the items that we have requested: *Paper Towels *Dog toys *Dog Treats *Cat Litter *Cat Toys *Cat Treats *Bath Towels *Fleece Blankets NASHVILLE AREA DROP-OFF LOCATIONS BELMONT ANIMAL HOSPITAL: 3206 Belmont Blvd. Nashville TN 37212 Hours: M-F 7am – 7pm; Sat. & Sun. 8am – 7pm PETVET 2340 Hillsboro Rd, Franklin, TN 37069 Hours: M-F 8am – 6pm; Sat. 8am – 1pm ANIMALIA 1973 New Highway 96 West – Franklin, TN 37064 Hours: M-F 7am – 7pm; Sat. 9am – 2pm. TEXAS DROP OFF LOCATION PINK PISTOL 144 East North, Lindale TX 75771 Check Store Hours OKLAHOMA DROP OFF LOCATION HUMANE ASSOCIATION OF TULSA 6232 E 60th Street, Tulsa, 74135 Hours: Tue-Sat 10-5 OTHER WAYS TO SUPPORT We do have an Amazon Wish List on our Facebook page! Please know that cash donations are also appreciated so that we can purchase any other needed supplies….link to donate in bio! We know that many of you have questions about volunteering and adopting. Please stay tuned to this page for continued updates!! Right now our main focus is to help as many animals as possible. Please know we are listening and please continue to #PrayForTexas! ????

We’re sending continued prayers to all affected by Hurricane Harvey.