By Manly Bryant on July 6, 2017
Advertisement 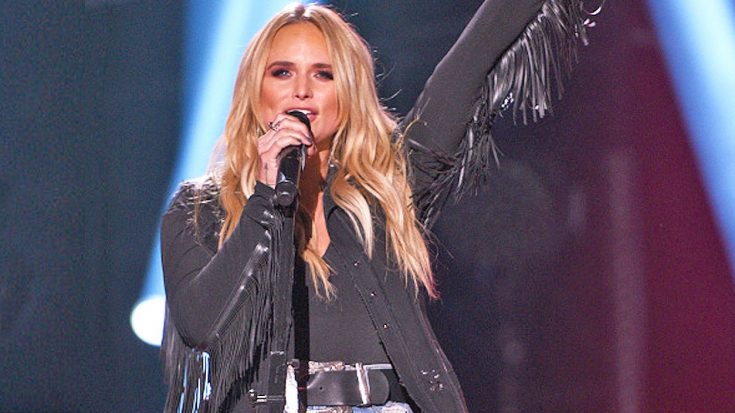 Cosmopolitan is debuting their first-ever country edition of the esteemed magazine, and who better to have on the cover than Miranda Lambert?

The country music superstar met up with the magazine to discuss everything from how she de-stresses, the most recent person she googled, and who she calls when she’s on the verge of a meltdown. So who is on the receiving end of her panicked phone calls?

“My boyfriend,” she responded when asked who she call in a moment of crisis. Anderson East and Lambert came out as a couple over a year ago back in December 2015. The singer also revealed later on in the interview that she googles him in search of cute photos to show off to her friends.

“The last thing I googled was my boyfriend Anderson East to show off his cute picture,” she shared with Cosmopolitan according to PEOPLE.

Such an adorable couple! The August issue of the magazine is set to hit stands next week, July 11.

You can watch Lambert and East duet to “Stay With Me” below.