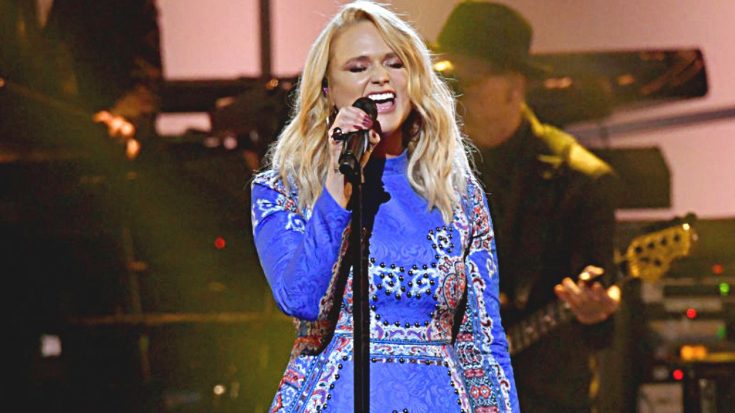 In 2018, a select group of country stars were given the immense honor to cover one of Elton John‘s greatest songs. These covers were collected and put together to form the tribute album, Restoration.

The entire album contains country singer’s unique takes on songs that John made iconic. Just a couple of the artists featured are Little Big Town on “Rocket Man” and Chris Stapleton on “I Want Love.”

Another artist who got the chance to sing on the album was Miranda Lambert. The song she covered was “My Father’s Gun,” which appeared on John’s third album, Tumbleweed Connection.

Lambert Makes Song Her Own

The song tells the story of a young son of a Confederate soldier who was killed in battle. After his father’s death, the son takes his gun and decides to take his place in the war.

John’s version of the song is known for its soulful feel, with a horn section and all the works. But when it came time for her to cover the song, Lambert stripped all of that away.

The result was a performance that left Lambert sounding vulnerable, in turn drawing attention to how vulnerable the subject of the song surely felt. While her delivery starts off tender, things escalate as the song continues.

A True Work Of Art

By the time the song reaches the end, Lambert is singing in more of her signature, rock-like style that we’re used to hearing. Her voice is also backed by the drive of an electric guitar that lends a sense of intensity to the song.

Overall, Lambert’s version of “My Father’s Gun” is a work of art. From start to finish, you’ll be left in awe.

Go ahead and tune in to her rendition of the song below.