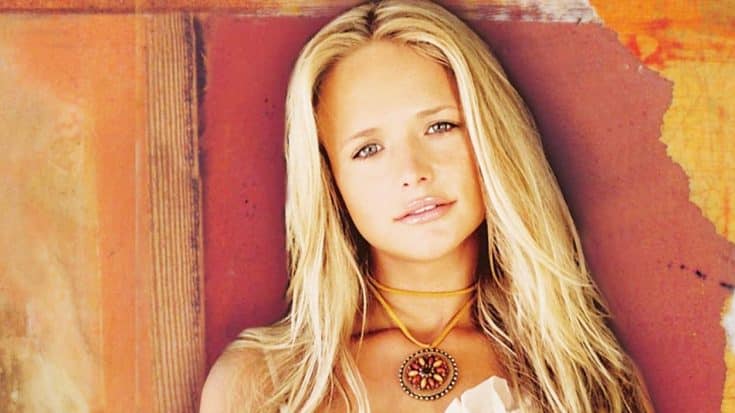 In 2005, a country girl from Texas released her debut album. All these years later, and she’s now one of the biggest stars in country music.

Miranda Lambert‘s debut album Kerosene instantly put her on the map in the country music scene. The album topped the Billboard country albums chart, and also crossed over to claim the 18th position on the Billboard Top 200.

The album featured now-classic songs from Lambert, including “Me and Charlie Talking” and the fiery title track.

One of the lesser-known songs from the album is called “Love Is Looking for You.” Written entirely by Lambert, the song was never released as a single.

“Love Is Looking for You” serves as Lambert’s direct message to the brokenhearted. Heartbreak is a prevalent theme in country music, but most of the time artists sing about their own heartbreaks, rather than others’. Lambert takes the uncommon approach in this song, and the result is a powerful message we’ve all needed to hear at some point.

Although the song is about heartbreak, it offers a message of hope to those coping with it. As Lambert explains, sometimes you just have to stop looking for love and let love find you instead:

“Maybe you been burnin’ but you can’t blow out a flame that you can’t find. Maybe you’ve been thirsty but the rain just ain’t enough when you’re this dry. So you’re runnin’ from the water and the fire’s getting hotter. I think you better find some level ground. Love is lookin’ for you now.”

One of Lambert’s favorite sayings is that “music is medicine.” If you have a broken heart, then “Love Is Looking for You” is some of the best medicine you can get. You can listen to it in the clip below.

We love this hidden gem on Kerosene, so we’d like to hear your favorite lesser-known Lambert tracks.