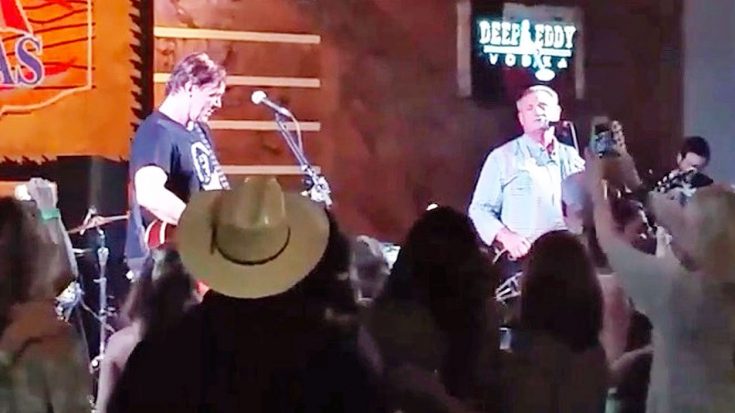 Without a doubt, Miranda Lambert‘s love for country music connects directly to her father, Rick. Long before Miranda was born, Rick played in a country-rock group before he pursued a career as a private investigator. Years later, Rick was the person who taught Miranda how to play guitar.

Thanks to her father’s guidance, Miranda polished her talent and made the climb up the ladder into the mainstream country music scene. Now, she is one of the biggest country stars out there, with numerous hit albums and singles to her name.

One such single is “Tin Man,” which is featured on her album The Weight of These Wings. Miranda co-wrote the emotional piece with singer-songwriters Jack Ingram and Jon Randall, and it stands out as one of the more “personal” tracks on the album.

Numerous covers of “Tin Man” have appeared online, with each singer offering up their own take on the song. One cover shares a more personal connection to Miranda than any other, as it was performed by her dad and the song’s co-writer, Jack Ingram.

While performing at the Love & War in Texas restaurant/bar/music venue in Lindale, Texas,  in 2017 Jack invited Rick to join him up on the stage to sing “Tin Man” together. The two performed the song as a duet, and often harmonized with one another.

The crowd gathered close to the stage, not wanting to miss a single second of the performance. We can’t blame them, because the whole thing was pretty remarkable!

Tune in below to watch Rick and Jack perform their moving duet on “Tin Man.” We’re sure Miranda would be honored to see this!