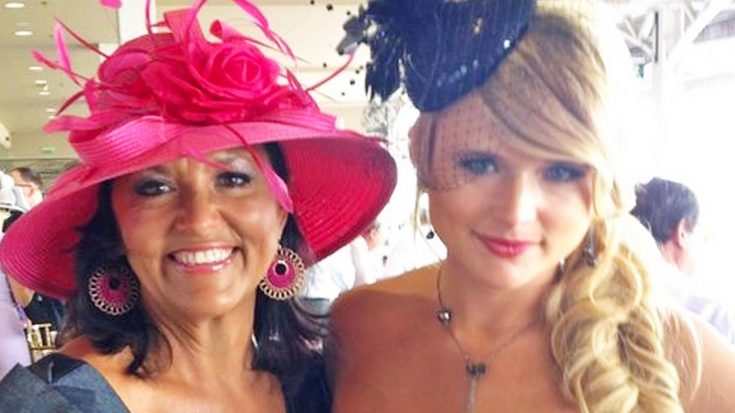 You could say that Miranda Lambert was born to love country music. Her father, Rick, played in a country-rock band called Contraband in the late 1970s. Miranda was born a few years later, and undoubtedly grew up with the sounds of country music in the house.

After being brought up on country music, Miranda went on to chase a career in the genre. That chase was a success, and Miranda is now one of the biggest names in the country world. Her songs and albums have won awards and taken over the charts, proving that she’s not going anywhere for a long time.

To go along with the release of her daughter’s album, Beverly penned a limited-edition book about Miranda and her music. After watching Miranda grow up with a love for country music, you can tell how proud Beverly is of her for achieving her dreams.

Beverly had the sweetest things to say about her daughter’s talents, especially her songwriting. “I learn the most about myself through her lyrics,” she wrote. “Too many times to count I have listened to her music and realized that she said something I had always thought or felt OR something that I’ve never thought or felt!“

Over the years, Beverly has noticed that she isn’t the only one who feels that way about Miranda’s music. She wrote that she’s been approached by many fans who tell her how they’ve been touched by Miranda’s songs:

“So often I hear phrases like, ‘She was looking right through me’ or ‘That song went right to my soul.’ That’s because she writes about how people feel…about common experiences and emotions that humans share. Then she delivers the message with integrity and conviction, and we all feel understood.”

Beverly is one proud mama, that’s for sure! She’s sure to be approached by even more fans in the coming weeks, since Miranda showcased her songwriting skills throughout The Weight of These Wings. With a total of 24 tracks between the two discs, Miranda wrote or co-wrote almost all of the songs on the album.

The one song that Lambert wrote entirely on her own is titled “We Should Be Friends.” Planned to be the album’s next single, the song shows off Miranda’s signature sassiness that we love from her past songs such as “Mama’s Broken Heart.” Go ahead and listen to it in the clip below.

Congratulations to Miranda on hitting #1 with The Weight of These Wings!