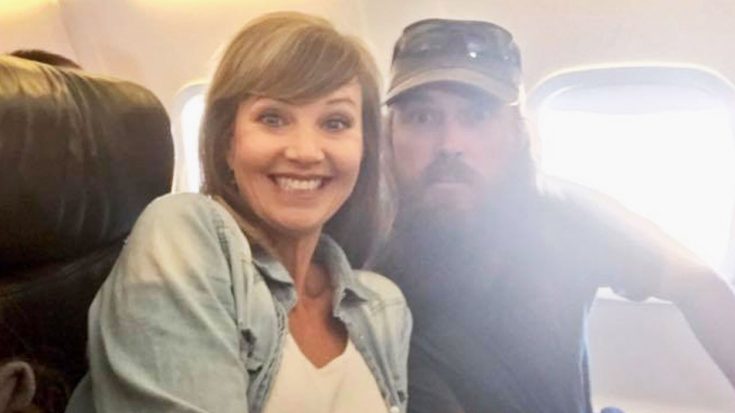 In a recent blog post, Duck Dynasty star Missy Robertson revealed what her plans are now that her family’s hit reality show is no longer on the air.

She wrote about it because lots of fans have come up to her and asked her, “What’s next?” Her response is always to say, “Duck Dynasty: The Last Call may be what A&E is titling this end to an era, but we know that our final calling comes from God Almighty. So, I shrug my shoulders and respond, ‘whatever God calls us to do.'”

While she did spill the beans on what she’s up to next, which also includes promoting the new collection of her jewelry line Lamanin by Missy Robertson, she didn’t say what she’s most excited about now that cameras aren’t filming her most of the hours during the day.

In an interview with Daily Journal, Robertson told fans about one thing she can’t wait for – her husband, Jase to shave his beard!

It’s true! She has been extremely vocal about being the only Duck Dynasty wife who dislikes the beard, and now that the show is over, the guys no longer have to keep their beards full time.

“He always grew it out for duck season but would shave the day after duck season was over each year. Since ‘Duck Dynasty,’ he has kept it year-round. Believe me — I can’t wait until we get the ‘all clear’ so he can shave again. He’s just too darn cute under all that hair!” she said.

We’ve gotten so used to seeing Jase in a beard, we aren’t sure if we’d recognize him without one! So far, there’s no proof that he has shaved, even though the show ended filming months ago. Maybe there’s hope he won’t shave it, but you know what they say, “happy wife, happy life”.

Watch some of Missy’s funniest moments from the show below.