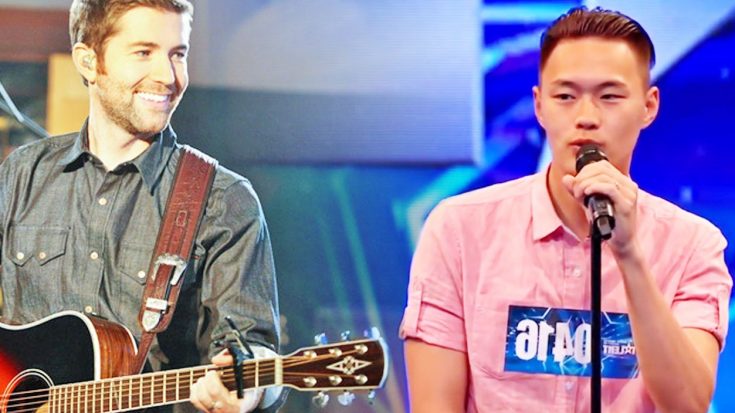 There really isn’t a voice out there that comes close to that of country crooner Josh Turner, until maybe now that is.

O.Enkh Erdene, a contestant on “Mongolia’s Got Talent,” took the judges by complete surprise with his cover of George Strait’s “Amarillo By Morning” in a vocal styling highly reminiscent of the “Long Black Train” singer.

Everyone in the audience was left stunned the very moment the first word left the singer’s mouth. After the shock left their systems, everyone in the room began to clap along to the tune of Strait’s classic, erupting into a fit of applause once the performance came to a close.

“Amarillo By Morning” was recorded by Strait in 1983, peaking at No.1 on the country chart and has been chosen as one of the “Top 100 Western” songs by the members of the Western Writers of America Guild.

You can watch his stunning performance of “Amarillo by Morning” in the video below!