Mongolian Native Will Blow You Away With Sexy Elvis Presley Cover 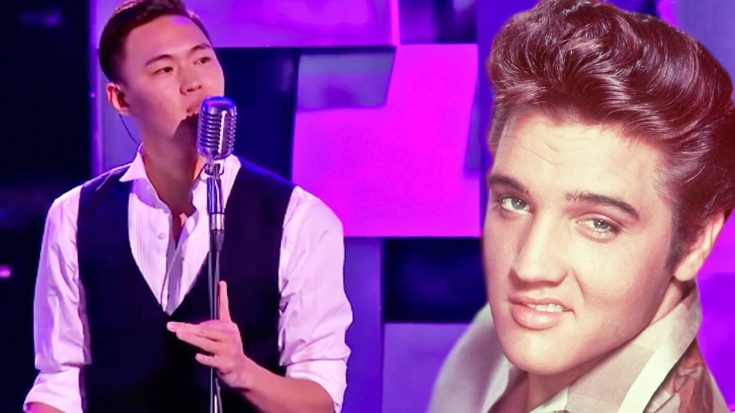 The 2016 champion of Mongolia’s Got Talent, O. Enkh-Erdene, edged his way closer to victory with his striking delivery of Elvis Presley’s “Don’t Be Cruel.”

His performance was complete with a set of boogying backup-dancers matched with the contestant’s array of Elvis’ signature dance moves atop a lifted platform. Tackling an Elvis cover is intimidating as is, but when adding a language barrier the height of difficulty multiplies, but the contestant seemingly sang it with ease.

We got to know the man behind the sultry lyrics following his cover of George Strait’s “Amarillo by Morning” displaying southern-sounding vocals highly reminiscent of Josh Turner. Before auditioning for the show, the aspirational country singer was employed as an electrician.

“Don’t Be Cruel” was inducted into the Grammy Hall of Fame in 2002 and was ranked by Rolling Stone as the 173rd “Greatest Song of All Time.”

You can watched the sultry performance below!