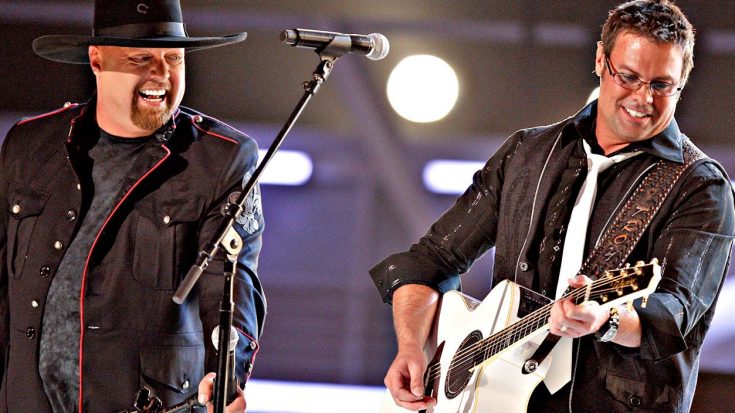 Taking the stage for this epic event of a decade, one of country music’s favorite duos hits a home run with a cover of a massive hit from the 80s!

Montgomery Gentry is one of the most talented and hardest-rocking pairs to ever strike the country charts, and they showed their Southern roots when they appeared as part of this unforgettable all-star concert.

As part of the Academy of Country Music’s “ACM Artist of the Decade” presentation for George Strait in 2009, Eddie Montgomery and Troy Gentry unleashed a cover of legendary band, Alabama‘s, “Mountain Music.”

Roaring with applause, the entire stadium of fans, friends, family, and colleagues ate up every second of this rowdy and rousing performance!

Alabama’s beloved song first made its way to the charts as the lead single and title track to their sixth studio album in 1982.

Soaring high across multiple charts, “Mountain Music” earned its own spot in country music history and brought with it multiple awards and honors for the band.

Check out the boys from Montgomery Gentry pouring every bit of themselves into this killer cover below!