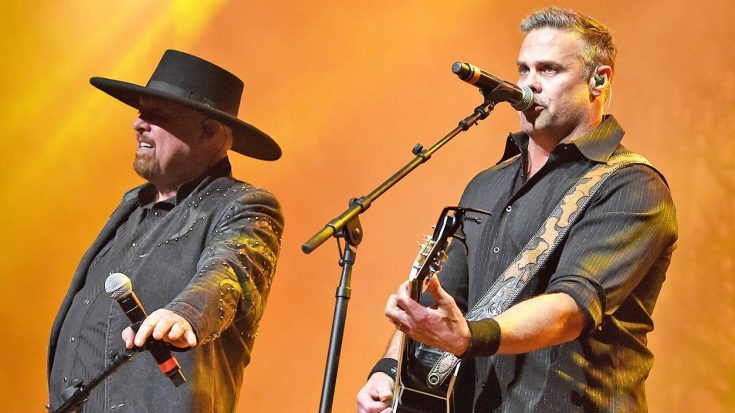 Before Troy Gentry passed away on Friday (Sept. 8) in a helicopter crash mere hours before he was going to take the stage with his Montgomery Gentry bandmate Eddie Montgomery, fans knew the hard-rocking duo had been working on a new album.

Shortly after his death, which was a shock to all, reports surfaced that Eddie and Troy had actually finished their upcoming album and were planning on releasing a new single very soon.

As everyone is still mourning this devastating loss, fans got to take a listen to the brand new single for the very first time on Sirius XM The Highway on Wednesday morning (Sept. 13). The radio station posted a moving tribute to Troy on Facebook, as well as announced when the single will be available for purchase.

“This morning we are celebrating the life of our dear friend and brother, Troy Gentry,” they wrote. “We are proud to bring you the brand new song ‘Better Me’ by Montgomery Gentry. Music truly is life’s best medicine. For those asking, it will be available this Friday.”

According to Twitter user Charlie Gracenin, Troy’s voice is “up front” on the new single, meaning he could be singing lead. From scanning the responses to Sirius XM’s Facebook post, fans were thoroughly enjoying “Better Me,” some even needing a few tissues to get through the song.

If you are in the Nashville area, Troy’s public memorial service will be taking place on Thursday (Sept. 14) at 11am CST at The Grand Ole Opry.

While we wait patiently for Friday to roll around so we can listen to “Better Me” on repeat, watch Montgomery perform their hit song “Where I Come From” at the Opry on July 1, 2017, which became Troy’s last ever Opry performance.