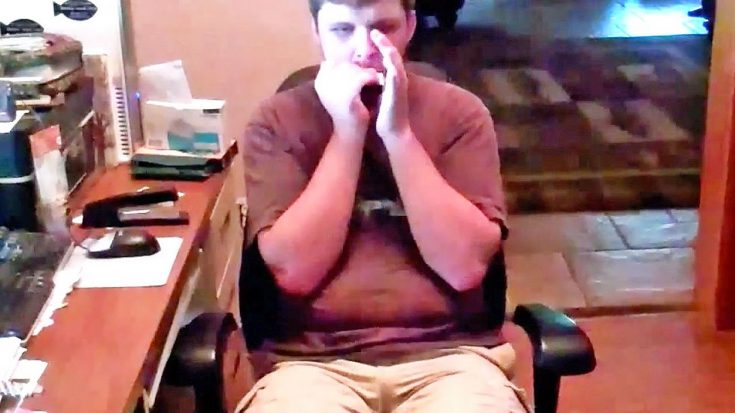 There’s no fighting the fact that Lynyrd Skynyrd are the kings of Southern rock. While the South serves as the stomping ground for bands of a similar style, it is also home to blues, country, bluegrass, and more.

The blend of these genres is evident throughout Skynyrd’s musical catalog. Sure, “Sweet Home Alabama” may be a rock song, but anyone who listens to “The Ballad of Curtis Loew” can hear the blues influence in it.

Another song in Skynyrd’s collection that takes on a bluesy vibe is “Tuesday’s Gone.” Included on the group’s first album, “Tuesday’s Gone” has been a Skynyrd fan favorite for generations.

The song’s popularity has resulted in it being covered countless times by aspiring musicians and fans. We’ve heard vocal covers and guitar solos galore, but one mountain man really brought the blues to “Tuesday’s Gone” with his harmonica cover.

Called Mountain Man 3225, this YouTube user and Southern boy plays a mix of blues, rock, country, and bluegrass on his harmonica and shares his performances with the world. His version of “Tuesday’s Gone” is his most popular cover, with thousands of views since he shared it in 2012.

Once you watch Mountain Man play “Tuesday’s Gone” in the clip below, you’ll be able to understand why the video has generated so much attention. Now if that isn’t the sound of the South, we don’t know what is!

If you want to see more of Mountain Man’s videos, head on over to his official YouTube channel by clicking here.