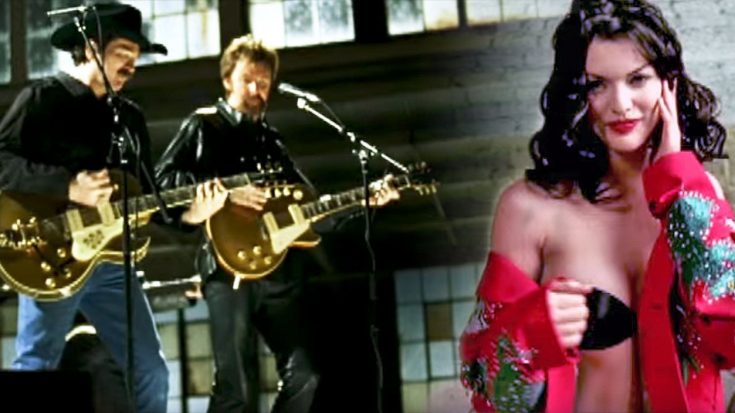 Country music duo Brooks & Dunn gave fans one hell of a steamy video for their “Ain’t Nothing ‘Bout You” music video. Thrilling viewers with the song’s upbeat tempo and incredibly passionate message, Kix Brooks and Ronnie Dunn jumped straight into the exciting footage by showcasing clips of a mysterious, downright gorgeous brunette.

As Dunn kicks off the lyrics, the supermodel is seen sporting a range of outfits, revealing her stunning figure and enhancing her profound beauty. As the singers perform their number, she partakes in a variety of playful and inviting scenes shot in a range of intimate settings.

Released in 2001 on the album Steers & Stripes, this heartwarming ballad spent six consecutive weeks in the no. 1 spot on the charts and has continued to be a timeless success for these two icons. You can watch the steamy music video below!