By Manly Bryant on January 26, 2017
Advertisement 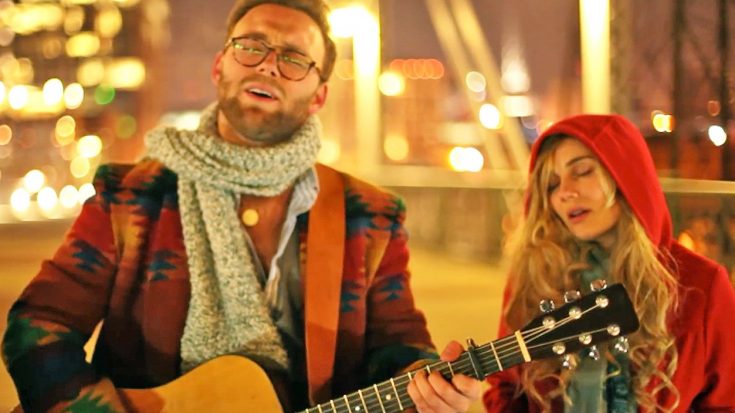 You know her as the gorgeous country starlet from Oklahoma Scarlett O’Conner on CMT’s Nashville, but in reality she’s Clare Bowen from southern Australia! Clare enlisted her equally talented brother, Timothy, for an emotional cover of Vince Gill’s “Go Rest High On That Mountain”.

Filmed at nighttime on a bridge in downtown Nashville, the talented brother and sister duo sang the powerful song in the picturesque setting of Music City USA. Joined by Clare’s fiancé, Brandon Robert Young, the young artists deliver a pure country cover packed with emotion.

Their performance of the song takes on an entirely new meaning considering Timothy’s diagnosis of Stage Four Lymphoma back in 2015 at the heartbreaking age of 25. At the time of his diagnosis he was told he only had two weeks to live, but as time as shown, he wasn’t about to give up just yet.

“I remember overhearing the doctors tell my parents what the situation was,” recalled Timothy according to Rolling Stone. “Seeing everybody’s faces I knew it was pretty terrible. But I had such wonderful parents that there weren’t very many times where I was actually scared. I just knew that I had to hang on real tight.”

Clare recently released a song written by her fiancé about her brother’s fierce fight with cancer titled “Love Steps In”.