By Manly Bryant on January 3, 2017
Advertisement 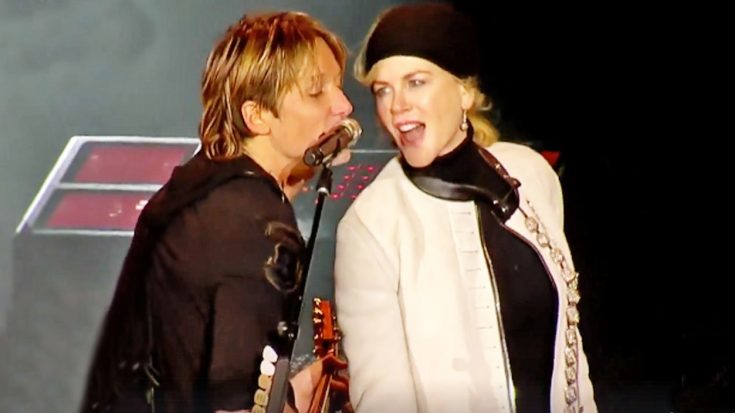 Keith Urban honored some of the artists we lost in 2016 with an emotional tribute medley of some of their biggest hits during his Music City Midnight New Year’s Eve performance in Nashville.

In his powerful 6 minute set leading up to the first moments of 2017, the country singer paid his respects to some of the greatest musicians of all time with a powerful medley of Merle Haggard’s “Mama Tried,” Leonard Cohen’s “Hallelujah,” Glenn Frey’s “Take It Easy,” David Bowie’s “Heroes,” and Prince’s “Purple Rain.”

Urban’s wife, Nicole Kidman, joined him onstage during Bowie’s “Heroes” in remembrance of her cover of the song alongside actor Ewan McGregor in the 2001 film Moulin Rouge. The actress stayed for the remainder of the performance dancing along as her country crooner husband honored Haggard and Prince.

The “Blue Ain’t Your Color” singer’s emotional performance of some of the most iconic singers in the history of music surely brought a tear to the eyes of those in the audience. Urban just finished wrapping up the Oceania leg of his extraordinary Ripcord World Tour with fellow country singer Carrie Underwood.

You can watch the tear-jerking medley in the video below.

Keith Urban pays tribute to those we lost in 2016