By Manly Bryant on October 14, 2016
Advertisement 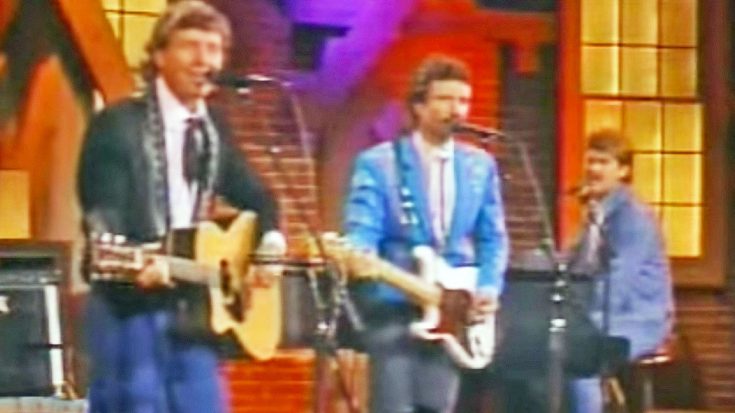 The Nitty Gritty Dirt Band played their 1987 smash hit “Fishin’ In the Dark’ live on television in a feel-good performance that will bring you to your feet.

When songwriter and California native Jim Photoglo first began working on the song, he was hard on the opposition for the song to be about fishing, describing the very idea of his music being played to lyrics surrounding fish made him “want to run away screaming.” However, when fellow songwriter Wendy Waldman came in on the project, she insisted, and it’s a good thing she did because the song went on to top the charts at No.1 after being cut by the Nitty Gritty Dirt Band.

Dressed in classic eighties attire, the Nitty Gritty Dirt Band performs the song to a bouncy, fun-loving melody that’ll make anyone in their audience want to move their feet. The Long Beach, California natives radiate the sounds of the south in their rocking show of one of their biggest hits.

Watch their energetic performance in the video below and get ready to move your feet!