By Miranda Raye on December 14, 2017
Advertisement 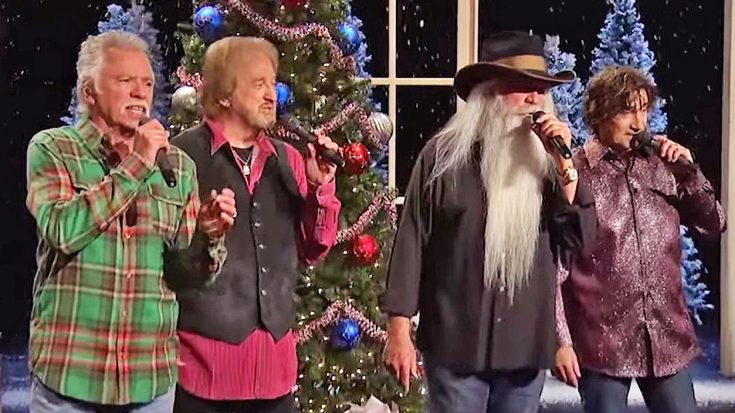 Although George Strait has recorded a fair share of Christmas albums over the years, his most well-known holiday tune doesn’t appear on any of them.

The song we’re talking about is “Christmas Cookies,” which is often hailed by fans as one of the greatest country Christmas songs of all time.

While “Christmas Cookies” doesn’t appear on any of Strait’s holiday albums, you can find it on other records.

For example, the song appears as a track on the 1999 compilation album A Country Christmas.

There Are Other Renditions Too

As popular as Strait’s “Christmas Cookies” was and still is, few people realize that other artists have recorded the song as well. One such artist is the Oak Ridge Boys, who put down their own version of the song for their 2005 holiday album, which they ended up naming Christmas Cookies too.

The Oak Ridge Boys managed to take “Christmas Cookies” and make it entirely their own. Their version of the song places their signature harmonies on full display, making it a distinctly Oak Ridge Boys track.

It’s Such A Delight To Hear Live

It’s so much fun to watch the fellas perform the song live, which they have continued to do even in recent years. You can see all of that fun unfold when you check out the footage below of them performing the song for the American Legion Christmas Special in 2014.

From the second you hit “start” on the video of the Oak Ridge Boys’ performance, you’ll find yourself unable to resist it. Everything from the festive setting to the way the guys interacted with each other helped to enhance the performance and make it enjoyable.

Then you throw in the fact that they’re singing Strait’s classic Christmas song! What’s not to love?

You can go ahead and watch the Oak Ridge Boys sing “Christmas Cookies” in the clip below. If this doesn’t put you in the holiday spirit, we don’t know what would!