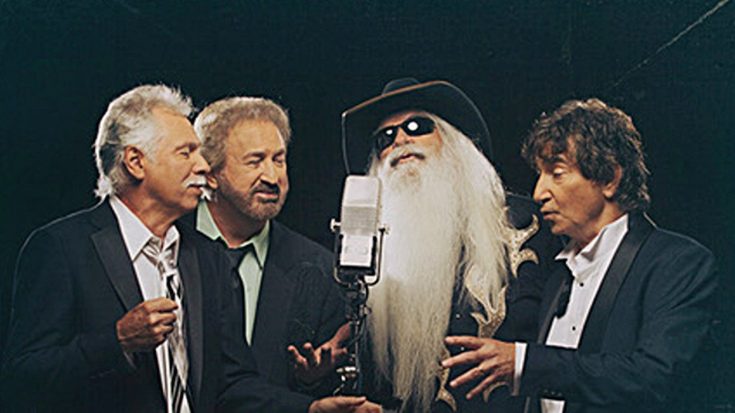 Decades before the current lineup brought us country hits like “Elvira” and “Bobbie Sue” the Oak Ridge Boys were a gospel group. The Oak Ridge Boys returned to those gospel roots for their album 17th Avenue Revival.

17th Avenue Revival was produced by Dave Cobb, the mastermind producer behind Chris Stapleton‘s Grammy award-winning album Traveller. It was at Cobb’s suggestion that the Oak Ridge Boys decided to revisit their gospel sound on 17th Avenue Revival.

“Dave brought music with spirit and a magical feel to the studio,” said baritone singer William Lee Golden. “It became a mental, emotional, physical and spiritual revival for The Oak Ridge Boys.”

The songs on 17th Avenue Revival feature a unique blend of sounds inspired by early rock and roll and black gospel music. Of course, the album is also packed full of the Oak Ridge Boys’ awe-inspiring harmonies.

Just a few days prior to 17th Avenue Revival release, the Oak Ridge Boys debuted a new single. Titled “There Will Be Light,” the song made its debut in March 2018.

“There Will Be Light” is on the softer side, with gentle drums and piano sounds playing in the background. These light instrumentals make the group members’ voices the main instruments, their harmonies just as brilliant as ever.

As for the message of the song, it is one that we all need to hear right now. In the midst of troubled times such as these, the song’s opening line is a definite source of comfort:

“When the world is dark as the moon is night, there will be light.”

This is the main message that echoes through the song: no matter how bad things may seem, better things are to come.

With its relevant message, gorgeous instrumentals, and the Oak Ridge Boys’ outstanding performance, there’s a whole lot to love about “There Will Be Light.” You can give it a listen by tuning in to the clip below.

Once you finish, let us know what you think of the song!