By Jennifer Pernicano on October 5, 2017
Advertisement 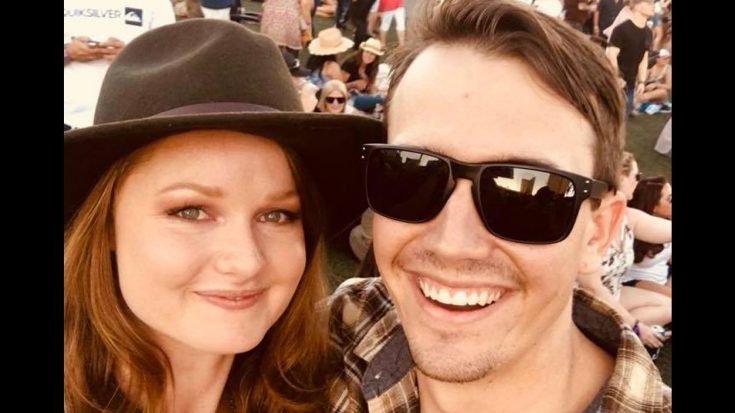 Christina Kitcat and her boyfriend Kelly Culbertson were in Las Vegas at the Route 91 Harvest Festival celebrating her upcoming 30th birthday. They were enjoying Jason Aldean’s headlining set when bullets began spraying from the 32nd floor of the Mandalay Bay hotel.

At first Culbertson thought the gunshots were fireworks, telling The Daily Beast, “I’m like, why would somebody bring fireworks? Why did everybody disperse? Then another round of fireworks goes off, and she looks at me and says, ‘It’s hard for me to breathe‘.”

Culbertson is a firefighter with Kern County Fire Department’s Station 75 in Randsburg, California and although he has been through vigorous training becoming a paramedic and firefighter, he never in a million years thought he’d have to use it to save his girlfriend.

“We have a saying: We prepare for the worst but hope for the best. I hoped to never have seen that. Or experienced it. Or even seen the aftermath of it,” he said.

Immediately after realizing Kitcat was shot, Culbertson, along with two other firefighters he had just met, Tricia and Bruce Pollett, carried her behind a merchandise tent. Tricia saw blood coming from Kitcat’s chest and put immediate pressure on it.

They found a beer cart, and put Kitcat on it to get out of the venue. They bolted past the ambulances who were about to start triaging, knowing that they needed to get to the hospital as soon as possible.

According to the New York Post, they came across Taylor Winston, a Country Rebel product engineer and a former marine who has been making headlines for his heroic act of stealing a truck to transport dozens of victims to the hospital.

When they arrived at the hospital, Culbertson was still in paramedic mode. After he pulled her out of the truck, he told the nurse,”29-year-old female with a gunshot to the upper torso…she needs surgery soon.”

The Daily Beast reports that doctors say Kitcat’s survival is truly a miracle. The bullet blasted through her arm and into her lungs and heart, leaving four holes in her heart and more in her lungs. The bullet was removed from her heart during a successful surgery, and barely missed three major coronary vessels.

In the ICU, Kitcat told Culbertson, “You saved my life.”

“I really feel like this is a love story,” Kitcat’s friend Casey Winchell Napolitano said. “He’s a fireman and he saved her. Even though she was shot in the heart, it was her arm that saved her. And it was their love that saved her.”

She is currently in stable condition and has a long road to recovery. Our prayers are with her and her family during this challenging time.