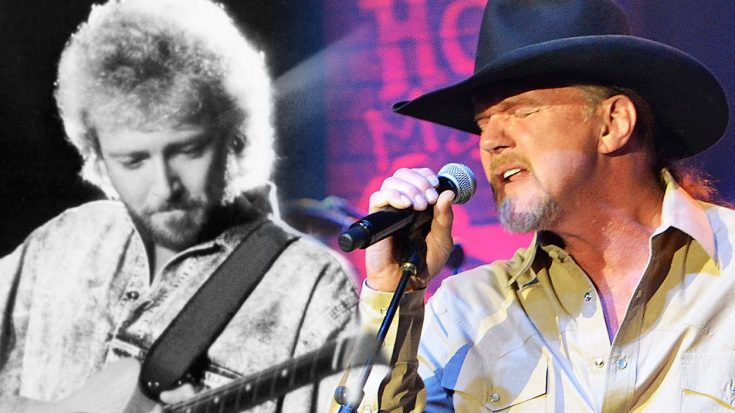 Ask anyone in country music right now, and they’d tell you that Keith Whitley was one of the greatest country artists of all time. All throughout the genre’s history, there’s never been a voice quite like his. He also had this powerful ability to convey emotion through his songs, something that few have been able to match.

One of Whitley’s most memorable songs was 1987’s “I Don’t Go Around Mirrors.” The song was included as a track on the last album he released while he was alive, called Don’t Close Your Eyes.

Although Whitley never released the song as a single, it still had a profound impact on those who listened to it. The song is told from the point of view of a man trying to hide his heartache. He sings of how he constantly avoids mirrors, since he is unable to see himself without his former love in his life.

In 1998, some of the biggest stars in country music at the time came together for a compilation album called Tribute to Tradition. The album featured covers of traditional country songs such as “Mama Tried” and “‘Til I Can Make It on My Own” performed by more modern artists such as Randy Travis and Martina McBride.

Trace Adkins was another artist included on the album’s impressive lineup. He was given the responsibility of singing “I Don’t Go Around Mirrors,” and ended up delivering a performance that would have earned Whitley’s tip of the hat.

Adkins has proven over time that he is also an expert at singing emotional tunes, which is why he was a perfect pick for this cover. He stayed as true to Whitley’s version as possible, and ended up delivering a profound cover in the process. Listen to it in the clip below.

While heartache reigns as the supreme emotion in Whitley’s old tune, pure joy is the main emotion in Adkins’ latest single, “Lit.” In the song, Adkins sings about how just one kiss from the woman he loves can make him feel more “lit” than anything else.

Go ahead and check out the rowdy lyric video for “Lit” below. If that leaves you beggin’ for more, be sure to head over to iTunes and download the song here.