By Miranda Raye on November 29, 2017
Advertisement 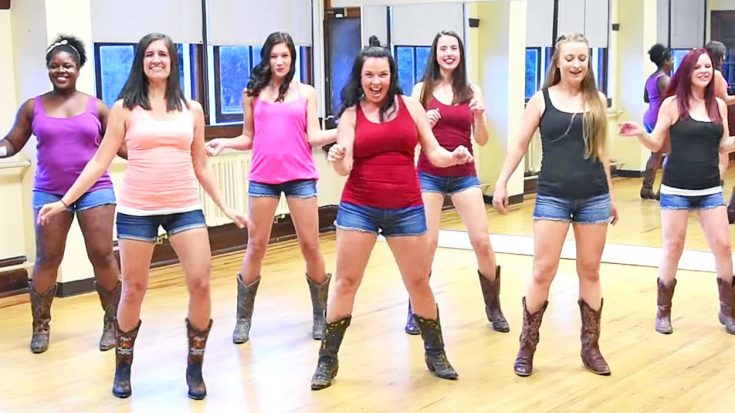 You know how you can hear certain songs that just make you want to start dancing? These songs have such catchy beats that they’re impossible to resist, and get your toes tappin’ in an instant.

Such a song graced country radio in 2017. That song just so happens to be the Brothers Osborne‘s “It Ain’t My Fault.”

“It Ain’t My Fault,” was written by both brothers along with songwriter Lee Thomas Miller. The brothers found the perfect writing partner in Miller, who has also penned hits such as Trace Adkins‘ “You’re Gonna Miss This” and “In Color” by Jamey Johnson.

With a guitar-heavy sound and rowdy vibe, the song was basically begging for someone to choreograph a line dance to it. Such a routine exists, and now you can learn it, all thanks to one of the most well-known line dancing groups!

Hailing from Seattle, the Boot Boogie Babes are known worldwide for their fun, flirty, and upbeat line dances choreographed to country music’s hottest hits. Their sister team, the Boot Girls, is an intermediate group that has also generated thousands of views with the videos of their routines!

Every so often, the Boot Girls will also share a demo of one of their dances. During these demos, choreographer DeAnna Lee and a few of the girls will break down the steps one by one so that they are easier for viewers to learn.

One of the Boot Girls’ demo videos goes along to “It Ain’t My Fault,” and the dance looks like a blast. There’s not too much fancy footwork involved…it’s just a few kicks, turns, and stomps. It should be easy for you to pick up on!

Check out the video below so you can start line dancing along to “It Ain’t My Fault.” We’ll have to try this one out ourselves!