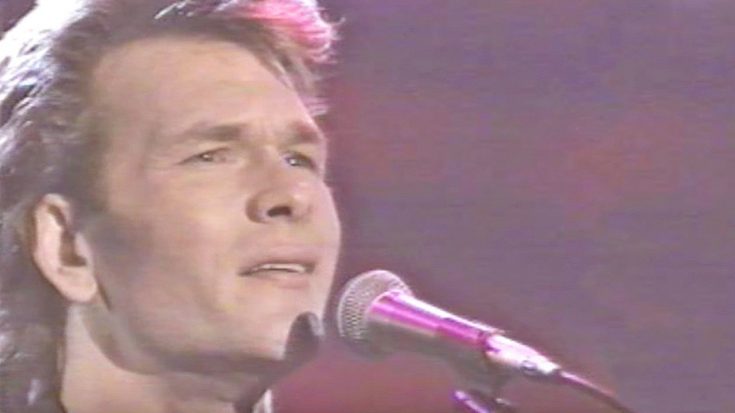 Did y’all know Patrick Swayze could sing? We knew he could act and dance very well, but singing is something we’ve just recently discovered was a major talent of the late actor.

He joined Larry Gatlin on stage to honor a legend during the Roy Orbison Tribute Concert for the Homeless in 1990. The crowd welcomed the unlikely duo with loud cheers as they took their places on their respective stools.

Together, they sang the iconic ballad “Love Hurts”, which Orbison made famous in 1961.

It was originally recorded by The Everly Brothers in 1960, but it was Orbison’s version that put the song on the map. His song climbed as high as No. 5 on the Australian country charts, and although it didn’t chart in the US, it was a beloved song here.

Orbison passed away in 1988 and less than two years later, this incredible tribute was put together to benefit a cause close to Orbison’s heart. Other performers at the benefit included Bob Dylan, John Fogerty, Emmylou Harris, Bonnie Raitt, BB King, and many others.

Swayze and Gatlin’s duet to “Love Hurts” is everything you ever wanted and more. Their simple harmonies are beautiful and their solos are truly moving.

Watch this unbelievable tribute from Swayze, and see just how amazingly talented he really was.

Watch the moving performance below.