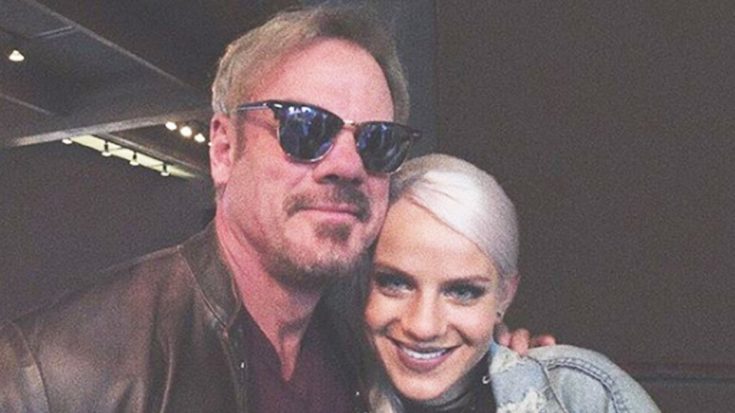 It seems the apple doesn’t fall far from the Vassar family tree.

Phil Vassar is known for writing hit songs for country artists including Tim McGraw, Jo Dee Messina, Collin Raye, and Alan Jackson also had a few country hits of his own. “Just Another Day in Paradise” and “In a Real Love” are his two number one songs and he has released nine albums, one of which was a greatest hits compilation.

Phil has two daughters from his two previous marriages, Haley and Presley. Haley seems to have caught the music bug from her famous father because she just released a single! Even though she isn’t following his country music path, he is still extremely proud of her!

He showed off his daughter’s work on his Instagram page, posting a clip of the song with the caption, “My daughter’s new single is out- I Know I Shouldn’t (Dark Side). Check it out! Love you.”

My daughter’s new single is out- I Know I Shouldn’t (Dark Side). Check it out! Love you @haley_vassar

Not only does Phil support Haley by promoting her material, they have also performed together in Nashville!

Take a listen to Haley’s single, “I Know I Shouldn’t (Dark Side),” below.