‘Pit Liquor’ Deodorant Is Made From Whiskey, Vodka & Other Entirely Edible Ingredients

By Jennifer Pernicano on November 3, 2017
Advertisement 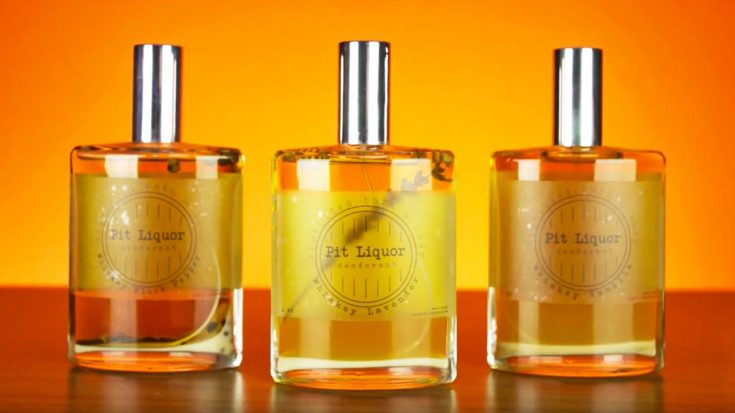 If this product doesn’t convince you that whiskey fixes anything, we don’t know what will. A Kickstarter campaign has been started for a company called Distilled Bath & Body.

They are trying to raise money for their product Pit Liquor, which is described as a “local, organic, crazy-effective deodorant made from whiskey, vodka, and other entirely edible, entirely body-friendly ingredients.”

Erica and Jason Feucht were desperately trying to find a deodorant substitute for Erica to wear while she was pregnant with their daughter. For a while, she used hand sanitizer but then challenged her husband to create something better than that.

Jason mixed whiskey and vodka together and added a couple other teas that are anti-microbial and boom…Pit Liquor was born! The married couple took to Kickstarter because they need money to buy 50-gallon barrels of overproof whiskey and vodka in order to make enough deodorant to sell. They also put their product to the test to show you just how effective it really is! Jason went to a public outdoor mall and somehow convinced several people to smell his armpits. They did, and described the smell as “natural,” ‘fresh,” “fruity,” “good,” and “clean.”

Then, he shocked every last one of them when he said he hasn’t washed his underarms in six months. Instead, he was using Pit Liquor, which by even a stranger’s standards was described as natural, fresh, and clean.

Pit Liquor uses whiskey and vodka with such high proofs that it is as potent as hand sanitizer. The product guarantees that you won’t reek of alcohol, so it’s safe to wear at work or with your kids! It comes in three different “flavors”: Whiskey Vanilla, Whiskey Lavender, and Whiskey Black Pepper.