Popular Singer Admits She Turned Down Elvis For A Date 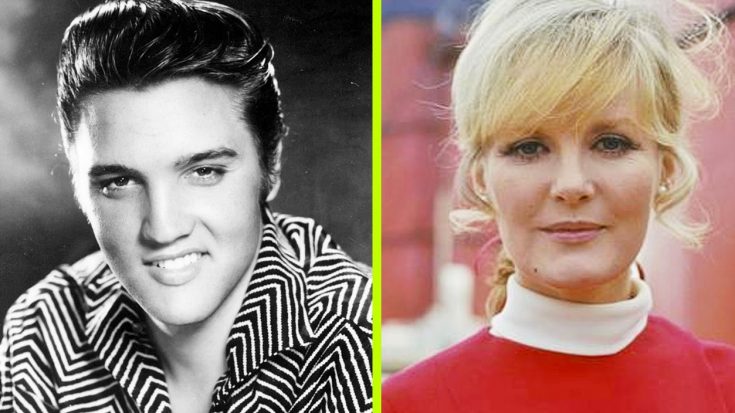 Women went wild every time they saw Elvis Presley step on stage to sing. There was just something about “The King” that drew people to him, making him a major heartthrob. Years after his death, Elvis still has the power to make the ladies swoon.

Many women dreamed that one day they’d get to be Elvis’ special gal. But one young woman got the chance to live that dream, and she did the unimaginable…she turned him down.

Petula Clark is a popular and highly-regarded English singer, actress, and composer. With a career spanning over the course of seven decades, Petula has earned the status as an international icon with her hit songs such as “Downtown,” “My Love,” and “Don’t Sleep in the Subway.” Petula is such an influential figure in English society that she has been referred to as “the First Lady of the British Invasion.”

Elvis and Petula rubbed elbows at some point in the 1960s, when Petula says that Elvis asked her out on a date. She had seen him one time prior to that, but this time, Elvis decided to ask her out.

However, Petula wasn’t interested. Speaking to Express, she admitted that she turned down Elvis’ request to go out with him, “Yes I did,” she said. “There’s no more to say on that.“

Although Petula wouldn’t elaborate, something must have happened in the 20 minutes that she and her friend Karen Carpenter spent with Elvis that caused her lack of interest in him.

“He was making a play for both of us so we left,” she said. “It was flattering but I shuffled out dragging Karen behind me, saying we had other things to do. He was very amused by that. It was probably the first time anyone had ever turned him down.“

But Elvis didn’t give up easy. He also invited her to star in one of his films, but she turned him down again. Petula was married, and her husband didn’t like the idea of her being one of Elvis’ co-stars, which is why she turned down the role.

That’s quite a surprising thing to hear, isn’t it? We thought it wouldn’t be easy to turn down “The King,” but Petula clearly has no regrets about it today.

You won’t have any regrets about watching the clip below, which features one of Elvis’ best performances. Check it out!