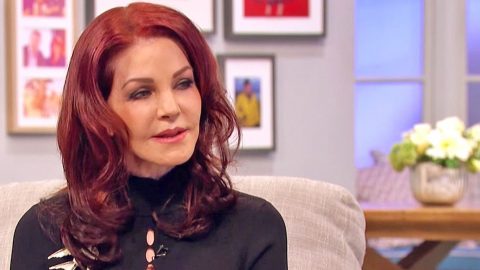 Decades after Elvis Presley‘s passing, his ex-wife, Priscilla, is making sure his legacy lives on.

Since Elvis passed away, Priscilla has worked tirelessly to make sure no one ever forgets about “The King” and his music. For example, she was instrumental in turning his Graceland estate into a major tourist attraction.

Say goodbye to 2018 or kick off 2019 with some rock 'n' roll when you visit #Elvis Presley's #Graceland! We are open both New Year's Eve and New Year's Day, and we'd love to see you at the king's castle! https://t.co/XshuSbK7QX #Memphis #choose901 #ilovememphis pic.twitter.com/CvcBUmc6nK

Because of her, Elvis’ many fans around the world have had the chance to tour the place that was so much a part of him.

She Keeps The Music Flowing

In addition to her work with Graceland, Priscilla has also helped continue the distribution of his music. She served as the executive producer on a remastered album of his songs, called If I Can Dream.

The album was remarkable in the fact that it combined Elvis’ original vocals with brand-new recordings from the Royal Philharmonic Orchestra.

The album topped the U.S. classical charts, and due to its immense success, Priscilla helped craft another album like it, called The Wonder of You. In promotion of the album, Priscilla appeared on the UK show Lorraine, saying it was something that Elvis had always dreamed of doing.

In addition to talking about the new album, Priscilla also opened up about her marriage to Elvis, explaining to Lorraine what he was like:

“He was everything. Of course he had his moods like everybody else, but his moods were really more artistic driven, because he was so much into his career and performing.”

Priscilla spoke fondly about Elvis and his music, saying how her young granddaughters (Lisa Marie‘s children), love listening to their grandfather’s music. Even though they don’t quite understand the immense legacy behind their grandfather’s name, Priscilla said they know that he was someone special.

“They love his music,” she said. “They’re very proud of him”

We think they have the right to be proud of Elvis, because there will never be anyone else like him. Tune in below to watch Priscilla’s full interview to learn more about her family and her life with Elvis.